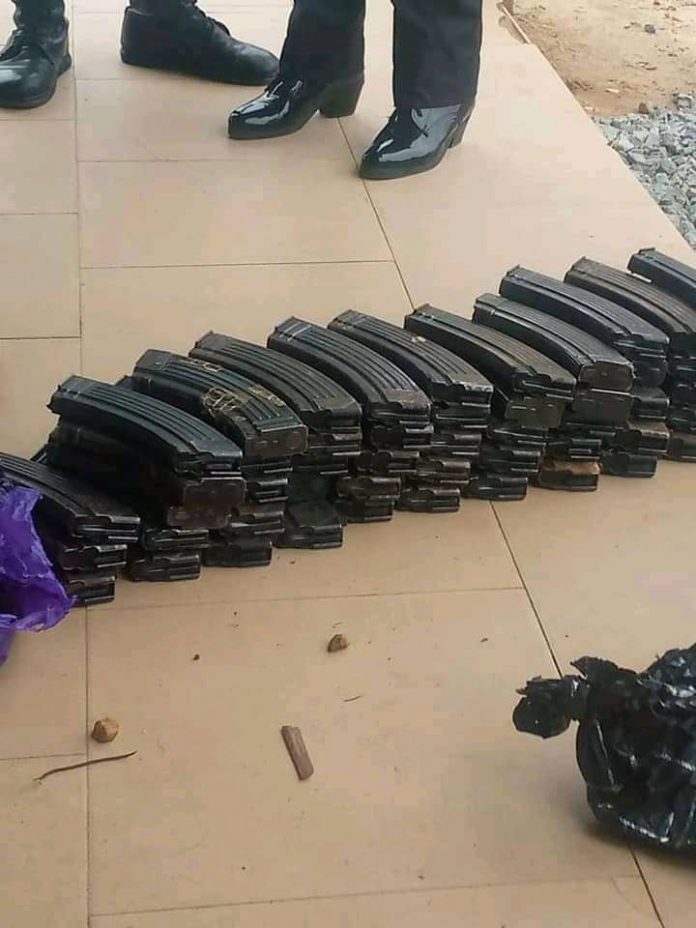 The Plateau government just relaxed its 24 hour curfew in Bassa and two other LGAs in Jos, then arms dealers and bandits press home the opportunity to unleash more terror.

According to a man police identified as Likita Abubakar, they were many heading to Jos from Nasarawa.

But he was unfortunate.

A joint team of police and FRSC caught him at Alushi, in Akwanga, in advance of his fellows riding behind on motorcycles.

With him at the point of detention were 52 magazines and 200 live bullets.

He is currently detained at Akwanga Police Divisional headquarters, and police promise to issue a statement later.

Since August 8, Jos has been in a turmoil since the killing of over two dozen people travelling in a convoy from Bauchi in an ambush somewhere in Jos North.