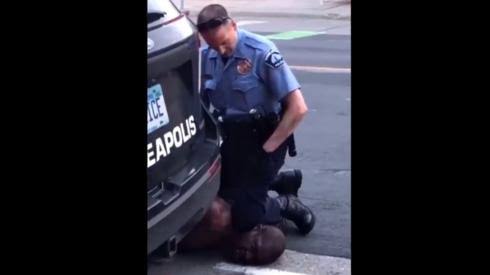 Share this on WhatsApp
Spread the love
Police in Minneapolis has killed a black whom allegedly was arresting for forgery. In a video shared on early Tuesday morning, the deceased was seen lying face flat pleading how difficult it was for him to breathe because the cop kneeled on his kneck.
Bystanders witnessed and taped the man yelling, “I cannot breathe”.
The Minneapolis Police Department announced early Tuesday that the man who is later identified to be  George Flyod, believed to be in his 40s,) later died of a “medical incident” after police responded to a report of a forgery in progress on Monday.
Now, the FBI and state authorities are investigating his death as advocates and city officials call for a quick response.
The cops that killed the man are placed on a paid administrative leave.
There has also since been an unrest in America to protest the situation.
Share this on WhatsApp