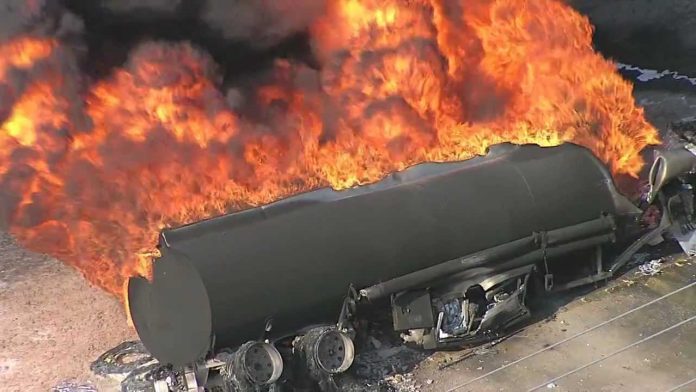 A petrol tanker fell in the wee hours of Friday around Toll gate, Ota axis of Lagos-Abeokuta highway, while approaching Shoprite Store, spilling its content, and killing unspecified number f people in the inferno that followed.

Akinbiyi said there were casualties but the number could not be ascertained as of the time of filing this report.

According to him, the TRACE Corps, Fire Service agents, Federal Road Safety Corps, the police, the NSCDC, Naval officers and the Army were all on ground for rescue operations.