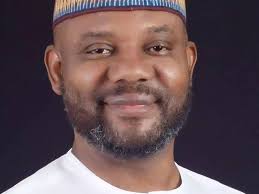 APC leaders maintained that they were neither distracted nor surprised by the defection of Senate President Bukola Saraki; Governor Abdulfatah Ahmed of Kwara State and Aminu Tambuwal of Sokoto State; after Governor Samuel Ortom of Benue State had defected earlier. The ruling party leaders also said that the defected of the National Publicity Secretary, Mallam Bolaji Abdullahi; and others from APC was not unexpected.

APC Acting National Publicity Secretary, Nabena, had in a statement indicated that APC salute the resolution of the defectors to come openly and declare where they belonged.

He noted that APC advised Saraki, Ahmed, Tambuwal, Abdullahi, the 14 senators and 37 members of the House of Representatives  and others to have the courage to inspire in their respective environments the spirit and atmosphere of “freedom created by the APC, which enabled them to leave without let or hindrance.”

The statement – “APC neither surprised nor disturbed by defections,” specified that APC remained focused on continuing its unbroken run of victories in all future elections at the state and national levels. Nabena enjoined APC members across the country to “Encourage one another in our streets teeming with APC members and supporters from North to South, and East to West.”

Details of the statement reads:

“The defection of Senate President Bukola Saraki; Governors Abdulfatah Ahmed and Aminu Tambuwal of Kwara and Sokoto States; National Publicity Secretary, Mallam Bolaji Abdullahi; and others, to the opposition People’s Democratic Party (PDP) neither surprises nor distracts the All Progressives Congress (APC). Every follower of events in recent times could decipher the signs that foretold the exit of Saraki, Tambuwal, Ahmed, Abdullahi, from our great party.

“We thank them for their contributions to the APC for the period they were with us. We also salute their courage to openly declare where they belong, as we had always advised.

“APC is a party founded and run on the principles of freedom, sincerity, and forthrightness. Saraki and the others have the freedom of association and the right to pursue their political ambitions wherever they deem fit.

“Our advice and hope is that those who have left would also have the courage to inspire in their respective political environments the atmosphere of unencumbered freedom created by the APC, which enabled them to leave without let or hindrance.

“As a party, our attention is on the matter in hand, the 2019 general election. We are united and focused, with an eye to continuation of our winning streak in all elections this year, next year, and beyond. And we will win!

“To our members in Kwara, Sokoto and the other 34 states of the federation and the Federal Capital Territory (FCT), remain steadfast and courageous. Encourage one another in our streets teeming with APC members and supporters from North to South, and East to West.” 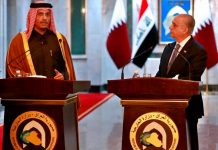 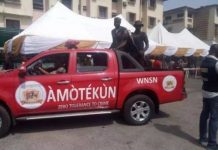