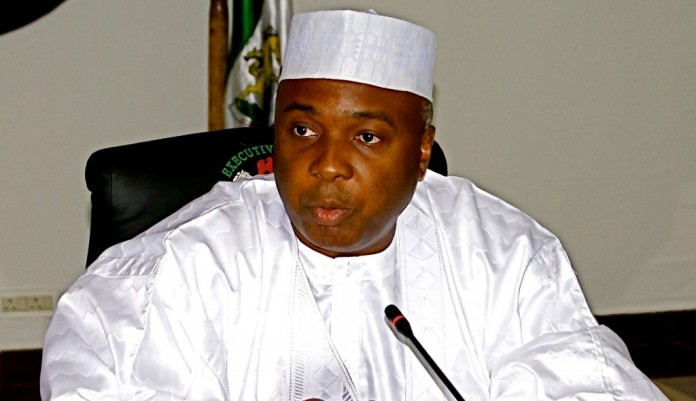 LEADERSHIP of the All Progressives Congress (APC) has shown sign of final resolution to get the President of the Senate out of Office through the ongoing trial at thte Code of Conduct Tribunal (CCT) even at eh cost of losing control of the National Assembly.
APC National Chairman, Chief John Odigie-Oyegun, revealed that the party is “planning” to checkmate plans by the Peoples Democratic Party (PDP) to take over the Senate Presidency should Bukola Saraki be removed from office in view of his current trial at the Code of Conduct Tribunal. Oyegun however stated that in an event the party forfeits the senate president to the PDP, that may be the sacrifice it would have to pay for Change.

Oyegun cited to have declared, “We don’t take anything for granted. As they (PDP) are planning, we are also planning. The situation is under control. The whole situation is unfortunate but it is real.” He had added, “Well, I don’t think we will lose that position. But sometimes, for change to take place, there is price you have to pay. So, losing the position may be sacrifice for change.” He was said to have ruled out political solution to Saraki’s prosecution over false assets declaration charges. “What political situation in a legal matter? Are the judges politicians,” he had asked. He added that “The President is certainly not the type who will interfere in a judicial matter. I think we know him well. Everybody must know him. Things must be done normally. And that is part of the change mantra that we must play by the rule so that we don’t truncate processes.”

The APC boss continued: “People don’t seem to internalize what change is. If the President says “court, free that man”, the same president can say ‘court, imprison that man.’ Is that the Nigeria you want? No! Change means allowing the law to take the proper course. I can tell you the President won’t interfere. The President is straight definite, straight and firm in all facets.”