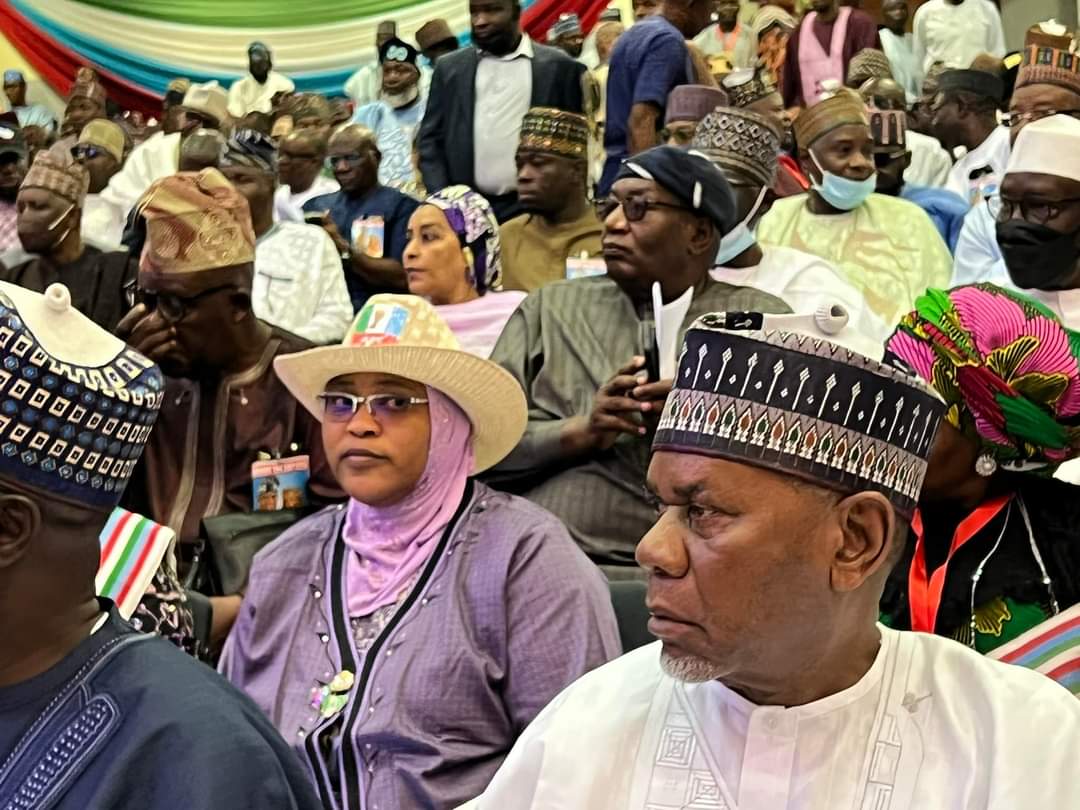 Some youths of the ruling All Progressives Congress (APC) on the aegis of the North-east APC Stakeholders Forum said they have withdrawn their support for the vice presidential candidate of the party, Senator Kashim Shettima, for allowing massive defection into the People’s Democratic Party (PDP).

In a statement released Thursday in Abuja, signed by its Chairman, Hon. Shaibu Baffa Tilde, the group said in the recent time, the party has lost Zonal Treasurer from Borno, Hon. Yusuf Shariff Banki, alongside five hundred thousand youth to the PDP, Zonal Organizing Secretary, Hon. Murtala Gamji of Taraba state, with over two hundred youth to the NNPP, and Zonal Women Leader, Hon. Amina Manga of Bauchi, led one million women to the PDP.

According to Hon. Tilde, The Northeast APC Youth Forum has watched with tears as its many supporters continue to defect to the PDP. Unfortunately, the trend in the Northeast zone is worsening by the day, with Sen. Kashim seemingly turned a blind eye to these heinous developments in our party in the region.

“We are saddened to be in the news for what others will interpret as a negative reason at this time, but we are also obligated by our love for our great party, the All Progressive Congress (APC), to make this timely intervention before our party’s fortunes in the region sink.

“We the Youths in the North-east have lost our Zonal Treasurer from his home state of Borno, Hon. Yusuf Shariff Banki, due to his failure to support youth in the region to launch massive mobilization. It is worth noting, gentlemen, that Sheriff led over five hundred thousand youth to the PDP. As if that wasn’t enough, our Zonal Organizing Secretary, Hon. Murtala Gamji of Taraba, led over two hundred youth to the NNPP, and our Zonal Women Leader, Hon. Amina Manga of Bauchi, led one million women to the PDP.

“Gentlemen, of the 8 million youth votes we have already mobilized for Asiwaju Bola Ahmed Tinubu, our Presidential Candidate for the Presidential Polls, Sen. Kashim Shettime has already plundered over 3 million through his actions with the wave of defections from our party. This is simply unacceptable!

“In light of this, we urge our party’s Vice Presidential Candidate, Hon. Kashim Shettima, to immediately reverse his steps and correct his errors for the sake of the party, the region, and the teaming youth.

“It is on record that this group, then led by its Current Acting Chairman, Hon. Shaibu Baffa Tilde, threw their support behind Sen. Kashim Shettima and committed massive resources, both human and financial, to ensure he emerged as the APC’s Vice Presidential Candidate. We do not seek compensation from Sen. Shettima, but our resentment stems from Sen. Kashim’s failure to recognize a formidable Youth force of the party that stood by him through thick and thin after realizing his ambition to become reality as Vice Presidential Candidate from the northeast region.

“As a result, the Northeast APC Youth Forum wishes to withdraw its unequivocal support for Sen. Shettima. Our actions should not be misinterpreted, but rather judged by our affection for our dear party.

“While we intend to take our next steps regarding his candidacy in the coming days, we would like to express our unwavering support for our Presidential Candidate, Asiwaju Bola Ahemd Tinubu, and the APC. We will continue to work for the advancement and victory of our beloved party in the upcoming general elections.”

Why Morocco pulled out of CHAN