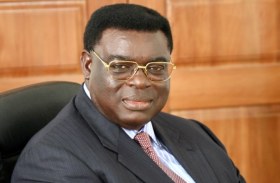 Arik Air is set to resume flight operations from Lagos to Freetown, Sierra Leone on Tuesday, February 23, 2016, the airline has reported.

It would be recalled that the Nigeria’s air giant suspended flights from Lagos to Freetown in July 2014 due to outbreak of the Ebola Virus Disease (EVD), which affected economic activities in some West African nations, including Nigeria.

The decision to resume flight operations to Sierra Leone was prompted after the country was declared Ebola-free by the World Health Organisation in November, 2015, after the desease had claimed over 4,000 lives.

Arik announced the decision to re-commence flight operations on the route through its online customer service platform in a statement signed by the airline’s, Public Relations and Communications Manager, Mr Adebanji Ola.

The planned resumed service, he explained, would entail a new schedule with flights from Lagos to Freetown now routed via Accra, Ghana.

According to him, the schedule would be 3 flights every week to be operated on Tuesday, Thursday and Saturday, using a Boeing 737-800 Next Generation (NG) aircraft configured to carry 20 Business Class and 126 Economy Class passengers.

The inbound flight, he said, leaves Freetown at 11:15 am and arrives Accra at 1:40 pm and that the flight then continues onto Lagos, leaving Accra at 2:25 pm to arrive into Murtala Muhammed International Airport, Lagos at 4:25 pm, adding that all times are local.

Arik Air made its foray into Freetown in June, 2009 and had operated uninterrupted until July 2014.

Speaking on the planned resumption of flight to Freetown, Arik Air’s Managing Director, Mr. Chris Ndulue, said, “Arik Air is the dominant carrier in West and Central Africa and air travelers in this region look up to us to fly them to their destinations. We want to assure our loyal customers on the Lagos-Freetown route that we are back to deliver the safe, secure and reliable services that are the hallmark of Arik Air.”

Share this on WhatsApp
Related Topics:Arik AiraviationLagos – Freetown route
Up Next

IGP leaves for Italy, drums up support for Police Force