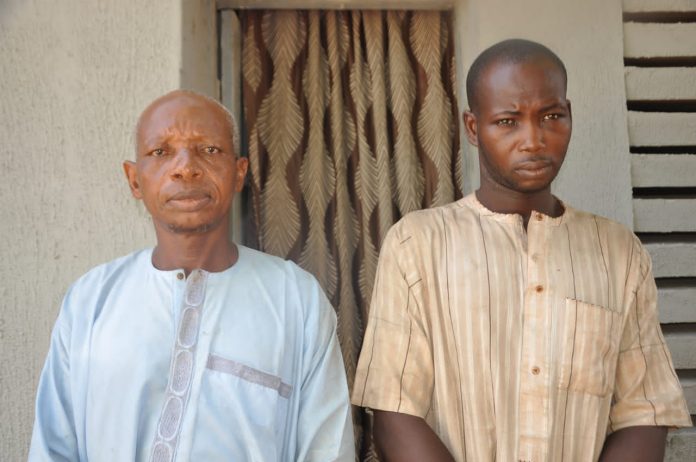 Muhammed and Aliyu had perfected plans to just pick up N5 million for the asking after abducting a boy from Adamawa, transported him to Niger, and then began negotiation from there.

Both are residents of Lambata LGA in Niger.

But they ran out of luck when they came back o Adamawa to pick the ransom.

A statement by Adamawa police command PRO, DSP, Suleiman Nguroje, said that the suspects were arrested on the 3rd of October, 2021 by the command’s operatives attached to the State intelligent Bureau (SIB) in Yola.

According to Nguroje, the operatives acted on a report by the abducted boy’s father, Alhaji Hamisu Sule, a resident of Lafiya village in Fufore LGA, on the 1st October, 2021.

Nguroje said the police were able to get to the suspects at point of ransom collection back in Adamawa State and rescued the boy.