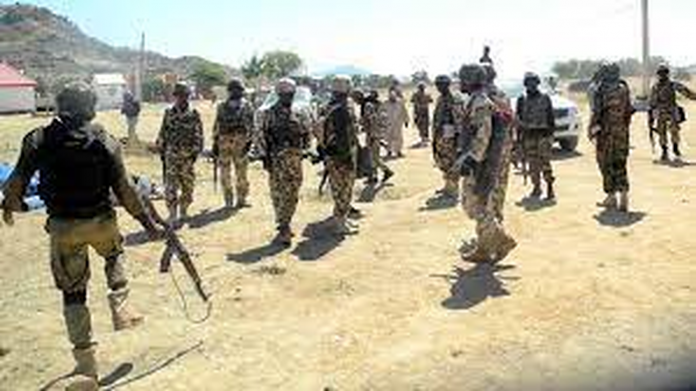 A joint military camp at Dama, Sabon Birnin, Sokoto, has been hit by bandits.

Scores of people were allegedly killed in the attacks while others are missing.

The camp, codenamed Burkusuma, was attacked early on Friday

Some patrol vehicles were destroyed while two others were commandeered to truck away food the criminal stole from the villages.

A report by the Dialy Trust stated that a former chairman of Sabon Birni, Idris Muhammad Gobir, who confirmed the attack, said many security operatives were missing.

An officer of the Nigerian Security and Civil Defence Corps, who sought for anonymity confirmed to our reporter that three NSCDC personnel were among the casualties.

“As I am talking to you, we are at the morgue to claim and recover their corpses for burial,” he told he newspaper.

It was also confirmed that the military authorities already sent truckloads of troops to trail the bandits.