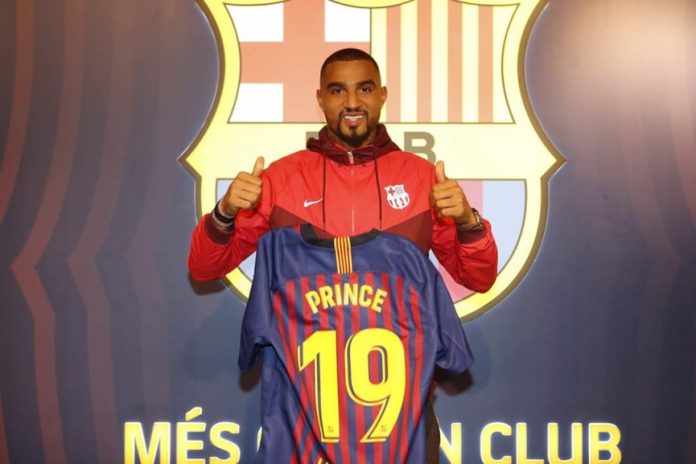 Kevin-Prince Boateng takes the number 19 shirt, vacated by Munir El Haddadi after completing his shock loan move to Barcelona from Italian Serie A side US Sassuolo in the ongoing January transfer window.

The 31-year-old has joined the Spanish giants on a six-month loan deal. Barcelona have the option to sign the 31-year-old from Sassuolo for a £7.1m fee in the summer.

Boateng joined Spurs from Hertha Berlin in 2007, but was soon sent on loan to Dortmund, then moved to Portsmouth.

The German-born ex-Ghana international also had two spells at AC Milan, and has also played for Schalke, Las Palmas, and Frankfurt.

According to the club, he will be unveiled to the fans at Camp Nou Stadium on Tuesday at 11:30.

Boateng made 15 appearances and scored five times for US Sassuolo this term.

The Ghana international will be looking forward to making his debut for Barcelona when they lock horns with Sevilla in the quarter-finals of the Copa del Rey.