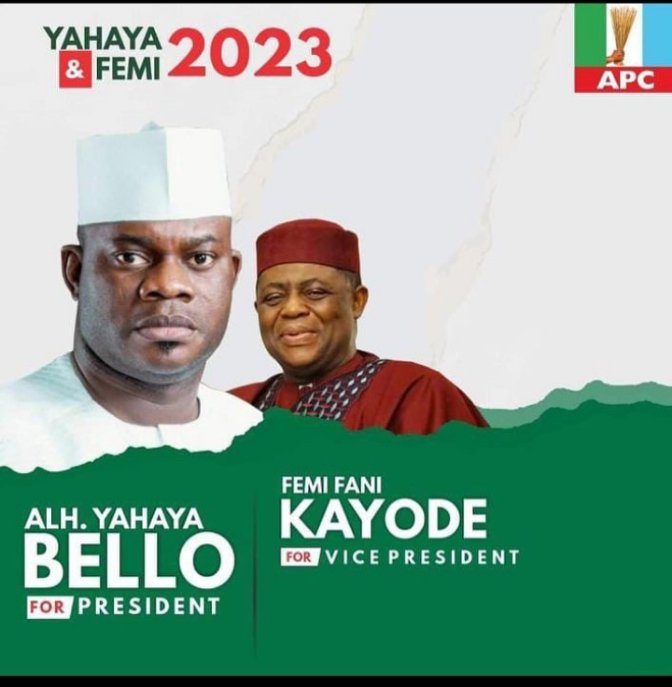 A campaign poster of Kogi Gov. Yahaya Bello has hit the internet.

The campaign poster has the All Progressives Congress logo engraved on it, with the message: “Yahaya and Femi 2023.”

Bello has declared his intention is to run for presidency.

His campaign posters had flooded some states including the Federal Capital Territory, FCT.