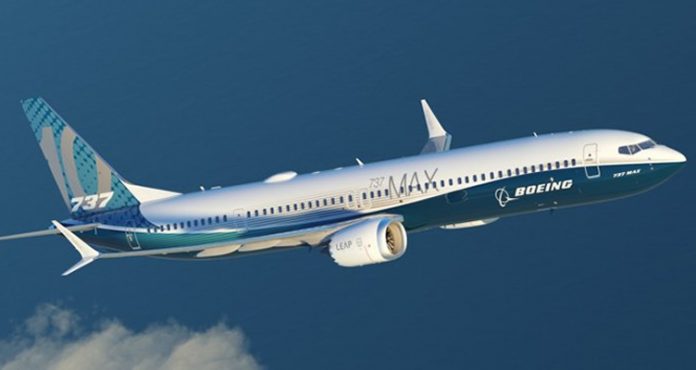 Boeing on Wednesday said that its 737 MAX crisis had cost $1 billion in the first quarter as it withdrew its 2019 profit forecast on continued uncertainty about when the grounded jets will fly again after two deadly crashes.

The US aerospace giant also cited spending on the software fix and related training, according to an earnings presentation released Wednesday that listed the $1 billion in 737 program costs.

The results are the first since the company entered crisis mode with the March 10 crash of an Ethiopian Airlines jet, which along with an October Lion Air crash claimed 346 lives.

Shares rallied in early trading, reflecting relief that damage from the 737 MAX crisis thus far was not worse.

The US aerospace giant reported $2.1 billion in profits, down 13.2 per cent from the same period a year ago due in part to the $1 billion hit from the 737 program.

Boeing also pulled its full-year profit forecast, citing “uncertainty of the timing and conditions surrounding return to service of the 737 MAX fleet.”

Regulators ordered the global grounding of the plane shortly after the second crash, a move that has also forced the company to halt new deliveries of its most-ordered plane, denting revenues.

Analysts in recent weeks had trimmed their forecast for Boeing earnings in light of the crisis but will scrutinize Wednesday’s results to see whether they need to lower expectations further.

In addition to the $1 billion in 737 program costs, Boeing said it had booked charges associated with a software fix to the jet’s anti-stall system that is thought to have been a factor in both accidents.

The company announced earlier this month it was cutting monthly production of the 737 by about 20 per cent.

Boeing said it is “making steady progress” on the software fix and has conducted more than 135 test flights as it works with global regulators and airlines.

“Across the company, we are focused on safety, returning the 737 MAX to service and earning and re-earning the trust and confidence of customers, regulators and the flying public,” Chief Executive Dennis Muilenburg said in a statement.

Muilenburg is expected to be questioned on an analyst conference call later Wednesday for details on the company’s interactions with the US Federal Aviation Administration on the software fix.

As of Tuesday night, the company still had not submitted a request to the agency, a source said.

The company is hoping to win regulatory approval by the end of May for its fix and to have the planes cleared to fly in July, according to a source familiar with the situation.

Other key questions concern any compensation payments to airlines that have been forced to cut flights because of the 747 MAX grounding or that have not received new planes they were expecting.

The company also faces numerous government probes, including a criminal investigation involving the US Department of Justice.

Despite the crisis, many analysts are optimistic about Boeing’s long-term prospects, given robust global aerospace demand.

They expect Boeing will be successful in finding a fix to the 737 MAX’s problems that enables the plane to return to service and continue to command the interest of airlines.

However, some caution that Boeing’s reputation has taken a hit from the crisis that could deteriorate further with any additional missteps.

Boeing shares were up one per cent at $377.60 in mid-morning trading.

A note from Cowen & Company said the results were “better than feared.”

“Overall, these earnings paint a picture of a company with strong fundamental demand going about its business and not in any danger of liquidity or financial crisis,” said CFRA Research Jim Corridore.

“We see Boeing making progress towards a 737-MAX resumption of service this summer.”