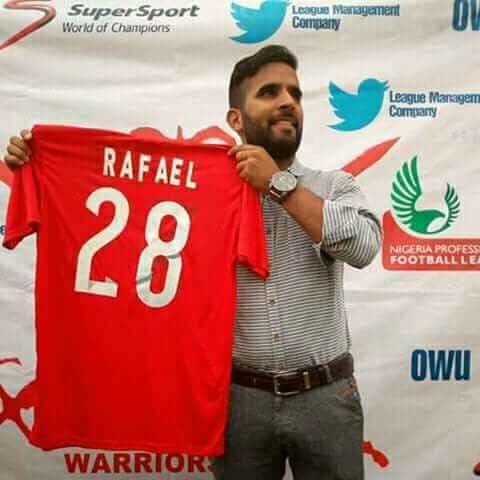 Share this on WhatsApp
Spread the love
Brazilian coach Rafael Everton has sensationally quit NPFL side Abia Warriors.
Everton, a former FC Ifeanyiubah coach and 2017 Federation Cup winner with ‘The Anambra Warriors’, turned in his resignation yesterday.
His exit marked the climax of a feud between himself and his employers.
It was communicated to pressmen, through the media officer, that Everton was granted Christmas holidays to visit his native country and attend to his wife.
ALSO SEE: How passenger faeces caused flight diversion
He was scheduled to return on January 2, but he did not.
“Instead, he was making demands that money should be wired to him for his return ticket amongst other demands”, an official of the club said Wednesday.
Share this on WhatsApp
Related Topics:Abia WarriorsRafael Everton
Up Next