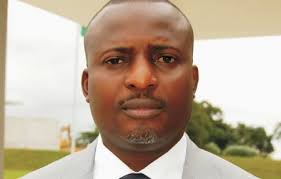 The Niger Delta Development Commission (NDDC) just added more fuel to the blazing  corruption allegation that ropes in the National Assembly and wheeler-dealers within the commission: the commission finance director just got killed.

Details of the death of the Acting Executive Director, Finance, Ibanga Bassey Etang, are not confirmed yet.  But there are speculations he died of poison.

Etang’s body has now been taken to a section of the Braithwaite Memorial Hospital, Port Harcourt, Rivers State capital.

The NDDC has been rocked to its foundation since Niger Delta Minister Godswill Akpabio took over. And series of accusation and counter accusation, including budget padding, has been flying between the federal lawmakers and the commission.

President Muhammadu Buhari ordered a forensic audit of the commission, which is still on-going as the finance director  was taken out of the picture.