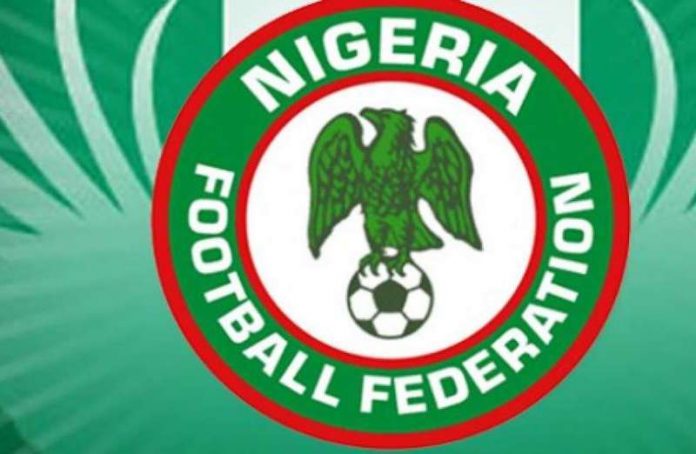 Share this on WhatsApp
The New Media Journalists in their congratulatory message to the newly elected leadership of the Nigeria Football Federation has charged the board to bring all the football family together so as to take football in the country to the next level.
The General Secretary of the NMJ, who is also a member of the NFF Players Statues Committee, Tobi Adepoju, praised the congress for returning most of the executive board members as he called on the Amaju Pinnick-led board to see the opportunity as a new call for service.
“This is a great moment in the history of Nigeria football,” Adepoju said. “The newly elected board should see this as a new call for service. To whom much is given, much is always expected.
“Personally I feel the most important  thing now is how to bring all the football family together so as to move the game forward in Nigeria.
“We at NMJ are happy for the return of the president Amaju Pinnick, who is also the first vice president of CAF, and hopefully he can utilize this new opportunity given to him.
“It is on note that he has been able to forge a strong synergy with some of the people working with him, especially his first Vice President, Barrister Seyi Akinwunmi, who was also returned.
“They should continue to lift our football up to the next level especially from the grassroots putting into consideration our age grade teams which should be the bedrock of our football in Nigeria.”
Speaking also, the coordinator of the group, Akinlolu Alonge, congratulated the first VP of the NFF,Seyi Akinwunmi, and another board member, Ahmed Yusuf Fresh, the patron of NMJ on the success at the pools.
Alonge said the results of the election proved that people appreciate good work as he called on them not to relent in the good things they have been doing.
Alonge added: “If you look at the love of Akinwunmi and Fresh for youth football development, then you will understand why people love them.
“I want to implore them to continue with what they have been doing and I want every other member to emulate them.
“All the NMJ members are behind them and wish them all the best as they take Nigeria football to the next level.”
Share this on WhatsApp