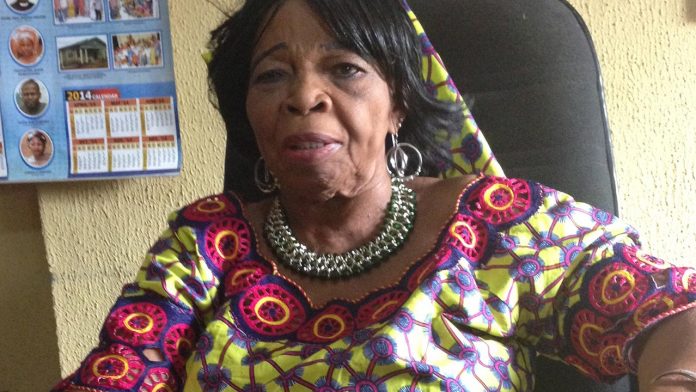 President Muhammadu Buhari has extended condolences to the Aguiyi-Ironsi family over the death of Chief Victoria Aguiyi-Ironsi, its matriarch and wife of former military Head of State, General Johnson Aguiyi-Ironsi.

Chief Mrs. Victoria Aguiyi-Ironsi died on Monday peacefully in her sleep at a ripe age of 97.

In a statement by his Special Adviser on Media and Publicity, Mr. Femi Adesina, the President noted that the departed former First Lady would be remembered for laying the foundation for women playing leadership roles in the seat of power.

“The President affirms that Lady Victoria’s incredible strength and exceptional courage during one of the darkest moments in our nation’s history pedestals her as a mother of the nation, God-fearing and a foremost woman of valour.

“The President notes that the former First Lady will be remembered for laying a solid foundation for women’s leadership role in the seat of power and as a founding member of the Nigerian Army Officers’ Wives Association; she passionately championed the welfare and wellbeing of families of military officers.

“The President recognises that 55 years after the death of General J.T Aguiyi-Ironsi, Lady Victoria never stopped working for the greater good of Nigeria, and for peace, stability, healing and reconciliation in the land.

“The President sincerely hopes that Lady Victoria’s labours for the country will not be in vain, and joins all Nigerians in praying for the repose of the soul of the departed and comfort for those who mourn,” the statement reads.