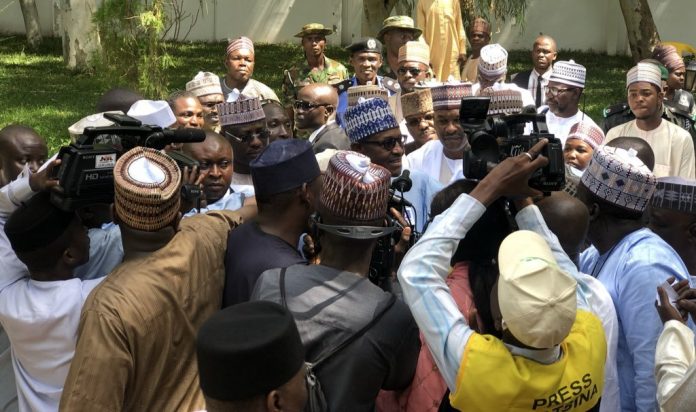 The  president arrived the Eid Praying Ground in company of his aides and relatives at about 9.48 a.m.

The president performed the annual sacrifice of slaughtering of the ram immediately after the prayer session.

He trekked for over 800 metres from the prayer ground to his private residence amidst chanting of `Sai Baba’ by well-wishers.

Earlier in his sermon, the Chief Imam of Daura, Safiyanu Dansanwai, who led the prayer, stressed the need for peace.

He called on the Muslim ummah to pray for peace, harmony and development of the country.

The Emir of Daura, Farouk Umar, was among the thousands of faithful who performed the two raka’at prayer.