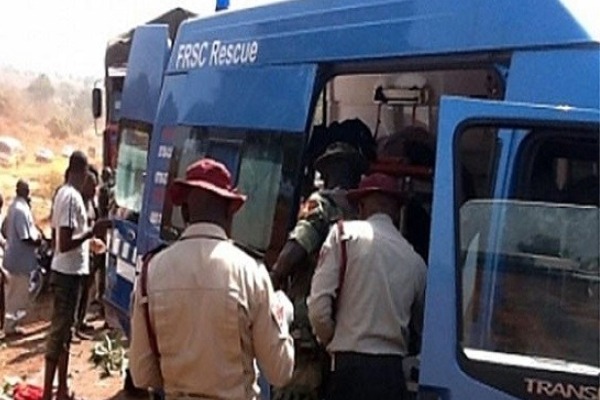 Federal Road Safety Corps (FRSC), Ogun Command, on Sunday said two persons died while five others sustained injuries in an accident that involved a vehicle and a motorcycle at the Mowe area, Lagos- Ibadan Expressway.

Mr Clement Oladele, the Ogun Sector Commander of FRSC, told newsmen in Ota, Ogun, that the accident happened at about 7.26 p.m. on Saturday.

Oladele said that a Toyota Hiace with registration number APP 721 ET that was heading to Ibadan from Lagos lost control due to excessive speeding and rammed into a motorcycle marked SRA 156 WE at Olowotedo area of Mowe,

He said that eight persons were involved in the accident that resulted to the death of two people.

“The corpses of the victims have been deposited at the morgue of Divine Touch Hospital, Mowe, while the survivors were also receiving treatment at the same hospital.” he said.

The sector commander, however, advised motorists to exercise caution and adhere strictly to 50 km per hour, especially at construction zones during the Eld-el-Kabir to avoid unnecessary lost of lives and property.