The Governor of the Central Bank of Nigeria (CBN), Godwin Emefiele, has confirmed that the naira has depreciated at the official market to N410 against the dollar.

This, the Federal Government hopes to take a more dramatic step to increase exports in order to earn foreign exchange to boost dollar supply.

CBN governor, Godwin Emefiele disclosed this while speaking at a special summit on the economy organized by Vanguard Newspaper in collaboration with the CBN and Chief Executive Officers of banks at the weekend in Lagos.

Emefiele said the drop in crude oil earnings and the associated reduction in foreign portfolio inflows significantly affected the supply of foreign exchange into Nigeria.

He said, “In order to adjust for the decrease in the supply of foreign exchange, the naira depreciated at the official window from N305/$ to N360/$ and now hovers around N410/$.’’

The Vice President, Prof. Yemi Osibanjo, who was part of the event said the Federal Government would address the shortage of foreign exchange.

He said, “We have accepted that we need to take a more dramatic step to boost exports in order to earn foreign exchange.’’

While pointing out that the government would combine limited resources to expand the supply base, Osibanjo said the Federal Government would ensure the expansion and promotion of export trading houses, ensure that companies in the special economic zones exported most of their productions, as well as expand the export grant scheme.

An exchange rate of N400 and above is perhaps a confirmation that official exchange rates across the multiple windows are crawling towards the target Non-Deliverable Forward (NDF) rates approved by the CBN.

The CBN had maybe set the stage for the recent depreciation of the naira when on February 2nd it revised its one-year Non-Deliverable Forwards (NDF) for which it intends to settle foreign exchange futures contracts.

In the contract terminating on February 24, 2021, the CBN priced the dollar at N412.14, compared to the average price of N395/$1 traded at the Investors and Exporters (I&E) window. Several days later, the exchange rate at the NAFEX market started depreciating initially touching N397/$1 before it crossed N400/$1 on the 9th of February 2021. 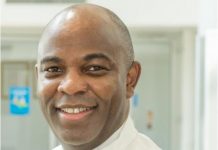 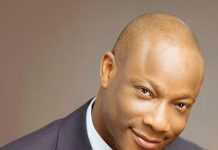 GTbank MD, Agbaje, earned more than other bank CEOs in 2020