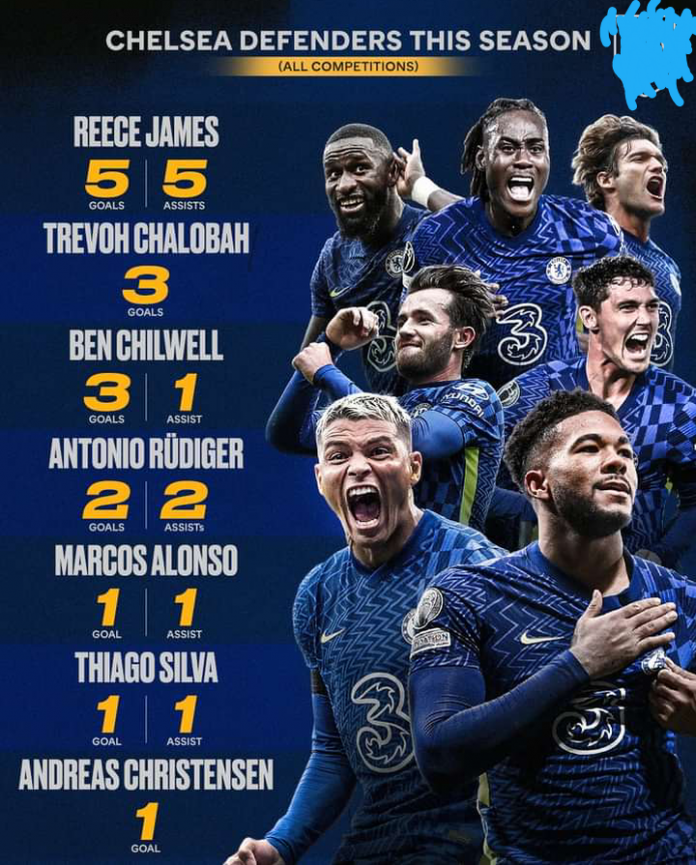 Chelsea defenders have shown everyone in the premier league this season that they are among the best. They have been very solid so far in defense and also they have been scoring goals.

Currently one of the best right backs in the world, Reece James has scored 5 goals and has assisted 5 too. His current form has earned him a place in the Starting Eleven for the England men’s national team. This guy is proving he is world class.

Trevor Chalobah has been fantastic under Thomas Tuchel and has proven he can be among the starters at Chelsea. He has scored 3 goals so far for Chelsea.

Ben Chillwell has 3 goals and 1 assist for Chelsea this season.

Antonio Rudiger has been tagged by so many fans as the current best defender in the premier league. He has been solid in defense and also has scored some goals for Chelsea. He has 2 goals and 2 assists.

Marcos Alonso has 1 goal and 1 assist, while Thiago Silva is one of the oldest defenders in the premier league but he is still proving that he is among the best. Thiago Silva has scored a goal and assisted one too.

Christensen, another defender in the team, has one goal so far for Chelsea.