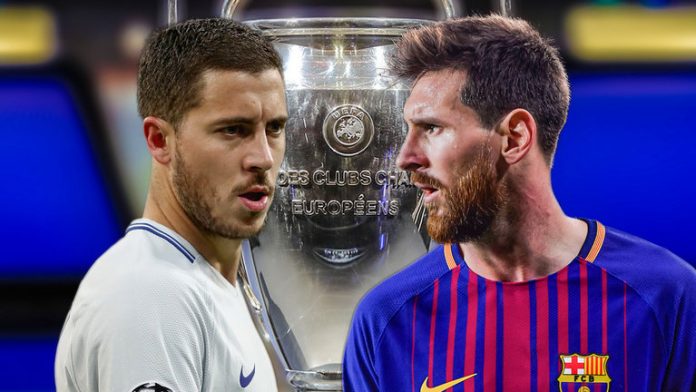 Share this on WhatsApp
By Boluwatife Ezekiel Olaleye
Chelsea have been given a tough task and must find a way past five-time winners Barcelona in the last 16 of the Champions League, while Tottenham face a tricky tie against last season’s runners-up Juventus.
Antonio Conte’s side finished second in their group behind Roma and their reward is a tie against La Liga’s leaders, with the first leg taking place at Stamford Bridge. Elsewhere, Manchester City were handed potentially the most straightforward task when they were paired with Swiss champions Basel, with Liverpool up against Porto.
“It’s a draw. Our reaction must be positive,” said Conte. “When you are in this stage you must be ready to face every team. In this case we must be ready to face Barcelona. When you play against Barcelona you must put 120% at home and away if you want to hope to go to the next round.”
Manchester United will also fancy their chances of progressing to the last eight after they were drawn to face Sevilla, with the second leg due to take place at Old Trafford. The remaining three ties pit Real Madrid against Paris Saint-Germain, Shakhtar Donetsk with Roma, and Bayern Munich against Besiktas.
ALSO SEE: Barcelona don’t miss Neymar – Rakitic
Four first legs will be played on Tuesday and Wednesday 13-14 February, and the remainder the following week.
The draw is not what Chelsea wanted after Conte conceded that the defence of their Premier League crown was over after this weekend’s defeat by West Ham.
But he will hope to invoke the memory of their remarkable win over the Catalan giants in 2012, when a late goal from Ramires took them into the Champions League final despite the earlier dismissal of John Terry.
Spurs, meanwhile, can expect to face a sterner test than that posed by Juventus in their last meeting in a pre-season friendly at Wembley in May, which the north Londoners won 2-0.
City will be delighted to land Swiss outsiders Basel. But they will have good cause to be wary against their experienced opposition, who beat both United and Benfica on their way to qualifying as runners-up from Group A.
Share this on WhatsApp