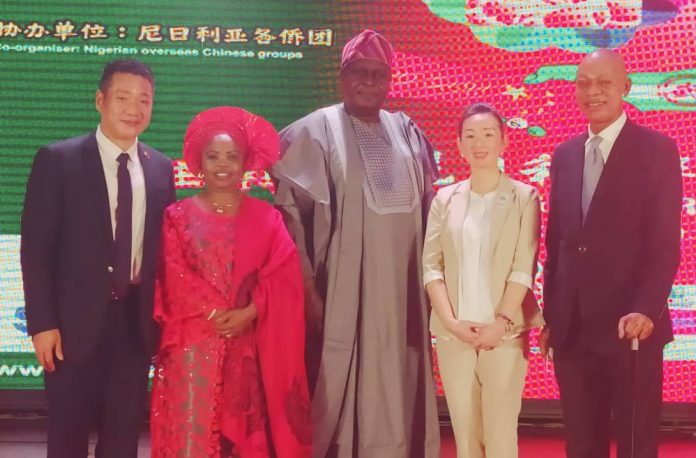 The Chinese community in Lagos has celebrated the mid-autumn festival and the Chinese national day, marking the final of the Nigeria maiden SGEL chinese Wushu performance championship and awards ceremony in Nigeria.

The was disclosed by Chu Moaming, Consulate-General of the People’s Republic of China, in a statement he made available to the media on Monday.

The event which was held on Saturday was organised by Huaxing Arts Troupe Nigeria, Wushu Development Association of Nigeria.

It was supported by Consulate-General of the People’s Republic of China in Lagos,

Maoming said: “Since the establishment of Huaxing Arts Troupe, Huaxing has been actively working on public welfare affairs and the cultural exchange, enthusiastically promoting the friendship between Nigeria and China.

“This is playing an important role in uplifting a positive image of China in Nigeria.

“Wushu, as a shining star in the treasure house of Chinese traditional culture, has been popular among the people all over the world.

“It has become an important part of world sports culture, Huaxing has organised this event with innovative form and new content, attracting hundreds of participants and building a positive response among the masses.

“It just goes to show that the friendship between Nigeria and China is deeply rooted among the people from both countries.”

“This is with the support of the Consulate-General of the People’s Republic of China.

“Nigeria is our second home, so since we live and work in Nigeria, we are giving back to the community that made us, as well as building the good relationship between China and Nigeria.

“We have made champions tonight that will now or in the future represent Nigeria in any international championship.”

The event featured colorful performances and display of both Chineese and Nigerian cultures, like the Lion, Dragon, Top bow, the Chinese women association and Nigeria cultural dances.

Some of the highlights of the event were the presentation of the 2021 China man of the year to Otunba Olusegun Runsewe, as well as the the raffle draw.

There were also the presentations of awards and medals to the winners of the Nigeria First SGEL chinese Wushu performance championship.

It was a double at the senior category as Kelly Alonge, who was picked by all the judges from Nigeria, China and other African countries, got the gold medal and a cheque of N1million.

Bright Sakwe, who got the highest vote from the viewers also got a cheque of N1million, while the silver and bronze medalists got N700,000 and N500,000 respectively.

Others were: Otunba Olusegun Runsewe, Director-General, National Council for Arts and Culture (NCAC), Chioma Ajunwa, Nigeria’s first Olympic gold medalist, and a host of other dignitaries from China and Nigeria. 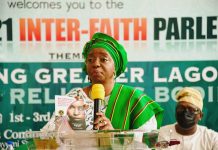