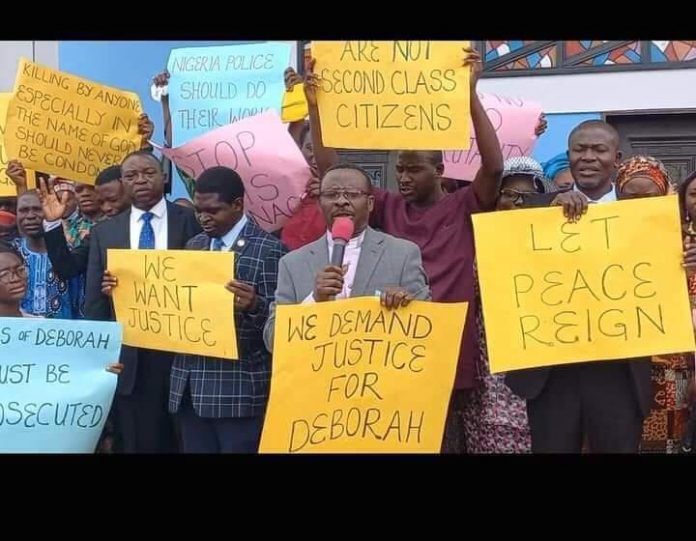 Share this on WhatsApp
Spread the love
Some Christians took to the streets to protest the killing of a Sokoto student, Deborah Yakubu, over alleged blasphemy.
The Christian Association of Nigeria had earlier called on Christians to protest on Sunday (today) Deborah’s killing.
Deborah was on Thursday, May 12, stoned to death and set ablaze on the premises of Shehu Shagari College of Education by an angry mob over alleged blasphemy.
These are pictures of the protests in Oyo State and Badore Ajah, Lagos