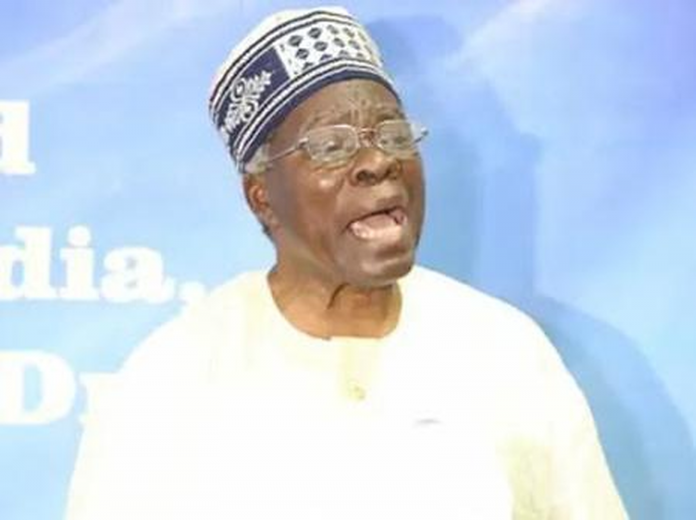 The Nigerian Indigenous Nationalities Alliance for Self-Determination (NINAS) is in disarray currently.

Secessionists from the South and Middle Belt, which are parts of the coalition, have collided with Prof Banji Akintoye, leader of the Ilana Omo Oodua, who chaired the group.

And he has resigned.

Akintoye accused some leaders of NINAS of having objectives which conflict with self-determination, adding that his resignation was with immediate effect.

In a statement on Tuesday, Akintoye and 44 other leaders said he Yoruba bloc had to quit the alliance for Yoruba’s integrity’s sake.

“It is our well-considered opinion that some of those we align with in NINAS do not want the kind of self-determination that we the Yoruba people want,” Akintoye said in the statement.

“Therefore, we, the leadership of Ilana Omo Oodua, wish to inform the general public that the Yoruba bloc under the leadership of Ilana Omo Oodua Worldwide has moved out of the Nigerian Indigenous Nationalities Alliance for Self-Determination with immediate effect in order to safeguard the integrity and honour of our agitation for self-determination.

“We thank the Leader of LNC, Mr. Tony Nnadi, for his inputs to the NINAS struggle since inception. However, it is now obvious to most people in the Yoruba self-determination struggle that the LNC is not working in tandem with our objectives in Ilana Omo Oodua.

“The implication of this development is that the prestigious leadership that Professor Adebanji Stephen Akintoye has provided for NINAS as Chairman since inception has now come to an end from today, Tuesday, November 30, 2021.

“Furthermore, Ilana Omo Oodua hereby withdraws its membership of NINAS with immediate effect. All the Yoruba people worldwide who believe in the agitation for the Yoruba Nation Self-Determination at home and abroad are, by this statement, notified to comply.

While the going was good, NINAS and Akintoye made a little stir petitioning the UN, the US, the UK, and others against Nigeria and President Muhammadu Buhari.

Akintoye’s group is still battling with the move to extradite its superstar Sunday Adeyemo Igboho who fled Nigeria following his southwest-wide secessionist rally that ended in a face-off with security agents.

He has been detained in Benin Republic for immigration offence in his bid to run to Germany after the federal government declared him wanted.