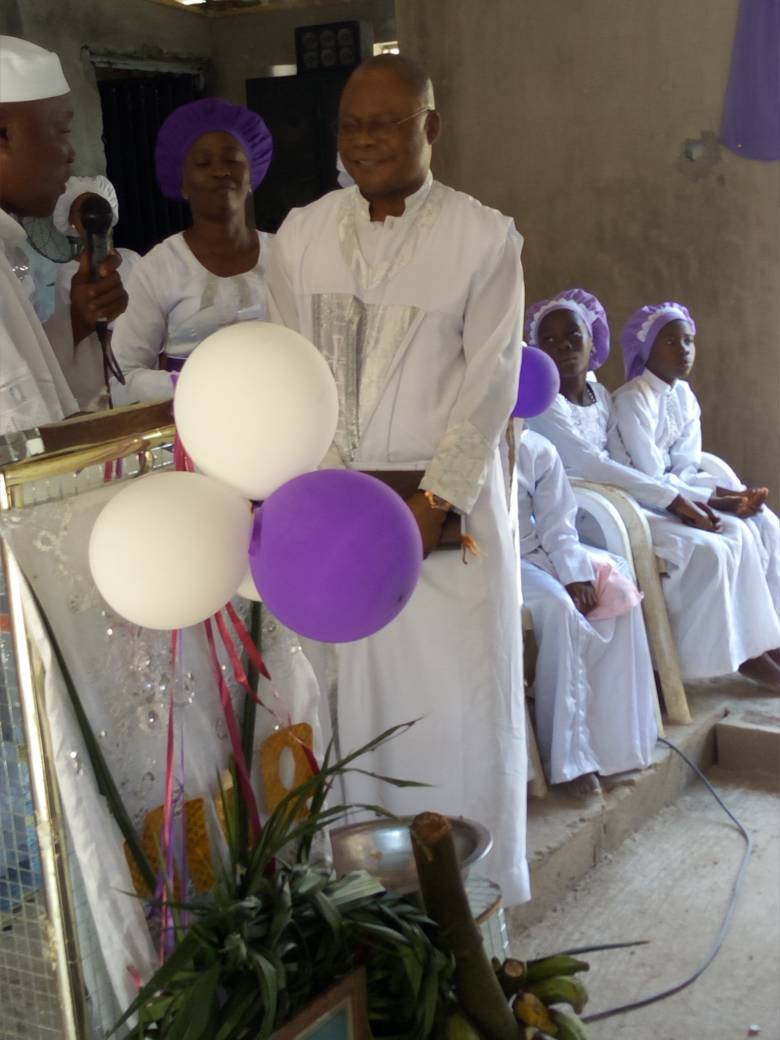 Most Senior Apostle Oloruntoba Oke has noted that the secret of success recorded in Ifako Ijaiye Local Government since its creation was a divine arrangement, as the council marks 21st anniversary.

“God’s will can never be thwarted, human machinations cannot halt divine progression, I have strong conviction in God and He has been my pillar,if He says yes nobody can say no.

Speaking on the significance of annual harvest anniversary celebrated in C&S, Toba noted that, “it is a spiritual thanksgiving offered to God for being our guide,shield and buckler all through the year,we enjoy his mercies that is why we have not been consumed, so the need for celebration,no amount of money spent at this particular period and spiritual gathering is a waste,God will surely restore every partakers in multiple folds”.

The shepherd in charge of the Church Senior Apostle David Adesanya, who could not hide his joy for having the council boss of the area in his church,noted that he is a shining light amongst his contemporaries.

He charge the council boss to keep the flag of C&S flying the more.

Apostle Adesanya charge Nigerian Christians to hold on to their faith even as we dwell in a perverse society,pervaded with all forms of social vices.