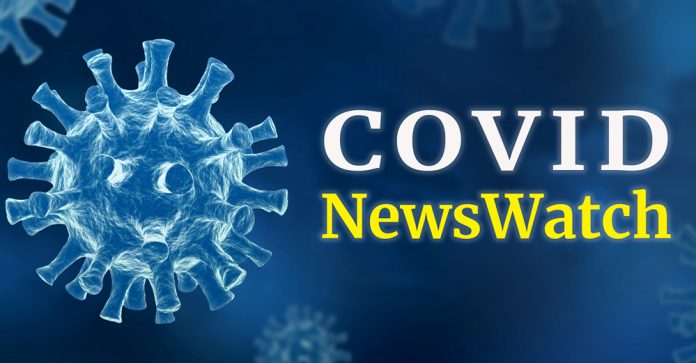 The Defender’s Big Brother NewsWatch brings you the latest headlines related to governments’ abuse of power, including attacks on democracy, civil liberties and use of mass surveillance.

The Rutherford Institute has asked a federal court to prohibit Facebook from censoring and de-platforming critics of the COVID-19 vaccine in violation of the First Amendment.

“We should all be alarmed when prominent social media voices are censored, silenced and made to disappear from Facebook, Twitter, YouTube, and Instagram for voicing ideas that are deemed politically incorrect, hateful, dangerous, extremist or conspiratorial,” said constitutional attorney John W. Whitehead, president of The Rutherford Institute and author of “Battlefield America: The War on the American People.”

People Deserve to Know About the Health Effects of 5G and EMFs – Aspen Times reported:

There are zero studies that prove that 5G is safe for our health. During a federal Senate hearing, the representatives of the telecom industry also communicated that there were no future plans to conduct any independent 5G safety studies.

Currently there is a federal case against the Federal Communications Commission charging that the safety standards that were tested for 1G are still being applied 24 years later to 5G without being updated.

On the same day that Orange County recorded some of its most positive coronavirus statistics to date — nearing the least restrictive yellow tier in the state’s reopening blueprint — hundreds of protesters gathered to blast the Board of Supervisors for a proposal to create “vaccine passports,” or digital records that document COVID-19 vaccination status.

The public backlash began in April after the county announced plans to launch a pilot program for credentialing. Almost immediately, a vocal group of opponents expressed concern that the digital records would be used to “track” people and reveal private healthcare information. Opponents also said it would allow the county to favor residents who chose to get vaccinated.

France’s National Assembly approved on Wednesday the creation of a COVID-19 “health pass” that people can use to attend sports events, festivals and theme parks with large crowds, a hotly contested government measure to help safely re-open the economy.

The health pass, which will come into effect from June 9, will provide proof that a person has either been vaccinated against the coronavirus, holds a recent negative PCR test, or is recovering from COVID-19 and therefore has natural antibodies.

The proposal was initially shot down in the lower house on Tuesday evening over fears it would impinge on civil freedoms, a rare defeat for President Emmanuel Macron’s ruling party, after centrist MoDem allies rebelled.

As COVID-19 infection rates begin to drop in the region, European Union ministers met in Brussels Tuesday in hopes of reaching an agreement on a “green certificate” travel pass designed to make it easier for fully vaccinated tourists to travel in the continent in time for the summer vacation season.

The EU’s executive arm, the European Commission, first suggested the plan earlier this year, patterned after the so-called “Green Pass” issued in Israel that allows vaccinated people access to certain venues or events.

In Europe, the commission suggested the certificates would allow EU residents who can prove they have been vaccinated, as well as those who tested negative for the virus or have proof they recovered from it, to move freely around the continent.