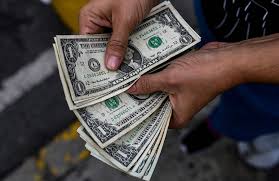 Possibilities of a second wave of COVID-19 infections has greatly limited the gains of the United States Dollar with the index closed up at the weekend up at 0.18% to 96.93.

The uncertainties about the economic outlook and the possibilities of a second wave of COVID-19 infections had capped the greenback’s gains, Chuck Tomes, portfolio manager at Manulife Asset Management said in an interview with CNBC.

Nigerians hoping to meet foreign exchange debt or payment obligations, transactions via the U.S dollar to countries like France, United Kingdom, Australia, Germany Japan, would have the need to pay fewer dollars to fulfill such transactions.

“Today you’ve seen better-than-expected economic data coming out of the U.S. in terms of the jobs numbers.

“The reaction on the back of that has been expectations of better growth coming out of the U.S. as well as a steepening yield curve, both of which have provided a lift to the dollar.” Chuck Tomes added.

However, some currency analysts in a report to CNBC said the good macroeconomic gains recorded on Friday in America might not be repeated soon.

“While this was no doubt a great jobs report, a lot of good news was already priced in. Future estimates and expectations on the economic rebound are likely higher from here and therefore harder to meet or beat,” said Matt Miskin, co-chief investment strategist at John Hancock Investment Management.