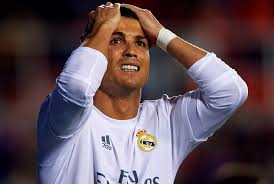 The Best gala in London will not play host to Cristiano Ronaldo as FIFA crown the best player of the 2017/18 season,National Daily gathered.
The Portuguese international will not travel to the capital, as had initially been planned.
The reason for it is entirely sporting, with Juventus having fixtures on Sunday night and then another Serie A game on Wednesday, meaning that none of their players will travel.
Unlike last time he was absent, for UEFA’s award ceremony in Monaco, Cristiano Ronaldo has informed organisers of his absence.
It is expected that, just like at that event in August, Luka Modric will be given the award of The Best and will be joined by his team-mates, Sergio Ramos, Marcelo and Raphael Varane, all in FIFA’s team of the year, with Thibaut Courtois, who will collect the Golden Glove.
Florentino Perez will also be present to see his Croatian midfielder collect the award and share with the photos of his players.