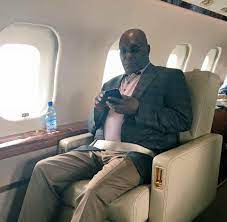 The Peoples Democratic Party (PDP) has dismissed reports that  that the party’s 2023 presidential candidate, former Vice President Atiku Abubakar, was flown to London, the United Kingdom (U.K.), because of health challenges. The party urged Nigerians to disregard the lies of unrepentant liars that the PDP candidate had ill health and was flown to London for medicals.

“The British Government invited the leading presidential candidate, Abubakar, just like they had invited Bola Tinubu and Peter Obi earlier.”

There were reports that Abubakar fell sick and flown from Dubai, the United Arab Emirates (UAE), to London, United Kingdom, for medical treatment.

Meanwhile, a close associate to the former Vice President, in a conversation with National Daily had disclosed that the PDP presidential candidate left Nigeria for to spend his end of the year holidays, and was expected back on January 7. In further interaction at the weekend, he said that their political principal is not yet back to the country, but did not give further details.