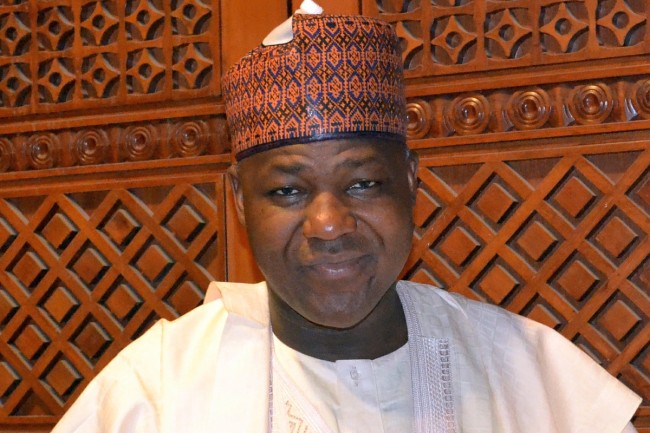 The Speaker of the House of Representatives, Yakubu Dogara, has expressed dismays over the killings in various parts of the country and the hardship being faced by Nigerians over the lingering fuel scarcity.

In his address to lawmakers when they resumed from recess on Tuesday, Dogara said the green chambers feels betrayed by the Executive over the persistent crisis in the country despite the legislators support.

He said at no time in the recent past has the nation’s peace and unity been so vigorously and persistently challenged. “This however is the real test for true leadership,” the speaker said.

“Our dear country is now being painted red with the blood of the innocents on account of unremitting bedlam callously promoted by cold-hearted merchants of death.

“At these moments of intense outpouring of grief across the nation, it is important that we shun buck passing and accept responsibility for these wanton killings without which we will never find a solution to this evil.

“We cannot afford to fold our hands and pretend that all is well with our country. We cannot throw up our hands in defeat.

“We have a responsibility to all Nigerians regardless of creed or ethnicity in line with the constitutionally stated primary purpose of the government we serve in, which is securing the welfare including the lives and property of our people.”

Reacting to the ongoing fuel scarcity, Dogara said the green chamber feels betrayed by the executive.

He said it is unfortunate that even with the cooperation the lawmakers gave to the executive in a bid to resolve the fuel crisis, the situation still persists.

“We embarked on the recess at a period of great hardship faced by our constituents. The unending and shameful story of fuel shortage reached an unbearable level as to make travelling and other economic activities almost impossible,” he said.

“We expected that with the legislative cooperation given to the executive arm, to effect an increase in the fuel price from N87 per litre to N145, and based on their assurances, incidents of fuel scarcity would be a thing of the past. We were also assured that fuel subsidy had come to an end.

“From recent developments on this subject, except the executive adduces compelling reasons why the reverse is the case, we will be justified in feeling betrayed.”

Dogara urged relevant committees to get to the root of the issues “to enable the house take an informed position on this totally undeserving precarious situation that our already overburdened citizens are subjected to.”