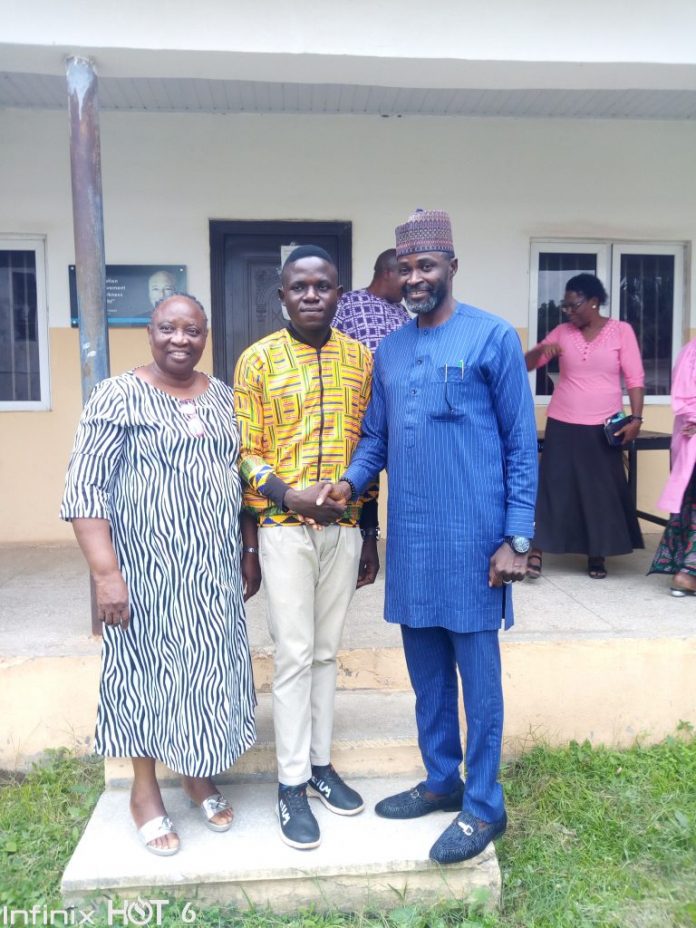 Share this on WhatsApp
Spread the love
The Kogi State Government has pledged to support a student, Mr Adebayo Sunday, a graduate of Kogi State College of Education (Technical), Kabba, who invented drones.
The state’s Commissioner for Education, Science and Technology, Mr. Wemi Jones, gave the assurance while interacting with the young inventor in his office in Lokoja, on Tuesday.
According to Jones, such innovation falls within the science and technology component of the ministry, and ”that is why we are very interested in encouraging the young man”.
He stressed that His Excellency, Gov. Yahaya Bello, was keenly interested in how far the government could push the young inventor, because that kind of talent was always rare to come by.
”The talent is in the young man and we want to ensure that we do everything possible as a government to support him”, he said.
Jones emphasised that the young inventor’s story, showed that he had not been so privileged as all his schooling had been in the local environment.
”So, he is not as if he is such a child who has been so exposed to technology and ICT, that is why it is a clarion call.
”I am so glad that His Excellency sees it like that. So, the young man is going to get all the support that he needs to be able to take that innovation to another level”, he said.
He added that the student would meet with the Governor, after the ministry might have completed its own process.
”The governor is usually encouraged when he sees young people who are doing great things; this is one of those things, and the Governor will definitely support”.
The Permanent Secretary in the Ministry, Pst. Emmanuel Idenyi, commended the student for his commitment and determination on the innovation, assuring him of the ministry’s total support.
On her part, the Provost, Kogi State College of Education (Technical) Kabba, expressed her excitement on the exploits of the student, saying it had projected the institution into limelight.
She commended the State government for its interest in the student, and its commitment to the development of education, science and technology in the state.
Speaking to journalists after the meeting, the young inventor, Adebayo Sunday, said he had developed a passion for innovation right from his childhood and had always been motivated by his father, an engineer.
He said he had built several toys like helicopters and cars, before he eventually made up his mind to build something reasonable and not just toys which he had been doing from childhood.
”When I made up my mind to build something reasonable, that was when the idea of building a Remote Control (RC) Plane and drone came into my mind.
”I slept one day, and saw a sketch of a drone in my dream, and when I woke up, I was able to imagine the sketch and drew it on a cardboard, and since then, inspirations have been coming in my dreams and imagination”, he said.
Sunday, who studied Metal Works at the College of Education (Technical) Kabba, explained that the first three to four drones he made, flew and crash landed immediately after take-off, until the fifth attempt which eventually flew and landed successfully.
He added that he had built up to four different RC planes such as Fixwings, Quadcopter, hexacopter drones, that had flown and landed successfully and could perform various functions.
”The surveillance drone plane I made recently can go a maximum of about 500 metres distance and 500 metres above sea level. It has a camera to record all its activities, and faster in the sky; it can fly about four to six minutes and eight minutes at risk level”, Sunday said.
He solicited for government and individuals’ support in terms of scholarship to study abroad and acquire more practical knowledge to advance his innovative capacity.
Share this on WhatsApp