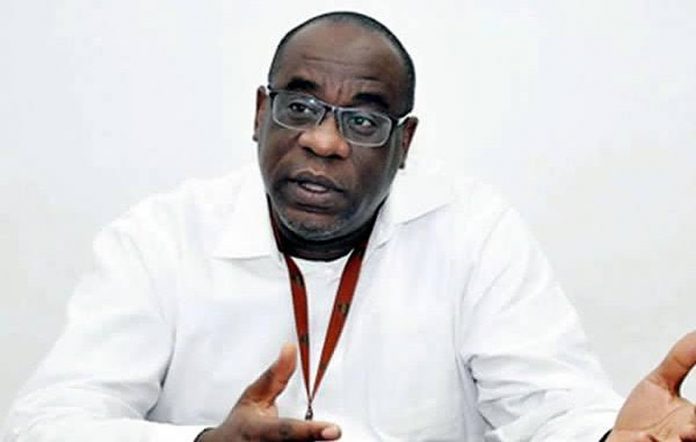 Shonubi gave the advice virtually at the Chartered Institute of Bankers of Nigeria (CIBN) Advocacy Dialogue, Series 4, on Thursday in Lagos.

The National Daily reports that the event had, “Central Bank Digital Currencies: Insights for the 21st Century Banker,” as its theme.

According to him, nations are embracing the opportunities that Central Bank Digital Currency (CBDC) presents for financial inclusion across the globe.

” I am of the opinion that CBDC will strengthen the stability of the banking system even as deposit becomes more diversified when more people are banked.

“We have so many countries today that have not implemented instant payments like we have done in Nigeria.

The deputy governor said that CBDC might enhance liquidity of banks in developing nations, through international remittances.

He said that diaspora population of developing nations was on the increase and remittances likewise, even as the world economy rebounds in the post-pandemic era.

According to him, the CBDC is expected to enhance efficiency in international remittances and challenge the current high cost of remittances.

He said that the expectation of the CBDC was to see how the cost of remittances could be brought down so that more people begin to remit money home.

“As remittance rule improves, the deposit base of the banks in receiving countries will also improve. That is one of the key benefits of CBDC.

“With greater inclusion, diversified bank deposit base, and expected growth in remittances, the economy will become bouyant as intermediation will be eventually deepened with broader access to finance.

” It is therefore hoped that outcome will be generally enhanced even as trade ramps-up with increased adoption of CBDC by more central banks,” he said.

The Director General, Securities and Exchange Commission, Mr Lamido Yuguda, urged CBN to properly position the CBDC to compete with other digital currencies in the world.

“There are quite a number of Central Banks that are actually researching this very project,.

“You can be sure once you have so many central banks, they are not all going to adopt the same model, and over the next two to three years, you might actually see some models becoming more successful than other models.

“So, as we embark on this journey, we have to be very alert to what other countries are doing, because this is really competitive in the marketplace.

“People will want to position their currencies in such a way that really entices many other users even beyond their own borders to use this particular currency,” he said.

“It is an opportunity to really spur up the FinTechs and the digitalisation of Nigeria and empower a lot of our innovators and Fintech companies and indeed financial services companies to innovate in every sense of the work.

“When I talk about innovation, I am talking about deep research into the fundamentals of putting the building blocks together,” he said.

“As you know, CBDCs are still new and we are still exploring to understand what is going to happen with them and what we can do, but then again, because we are still learning, we also need more scientific investigations going on about the nuances in each market.

” So, we also need to engage the academic community and academia better in terms of what we need to do,” she said.

Earlier, CIBN President, Dr Bayo Olugbemi, described the launch of the digital currency as an exciting development that would revolutionise the banking industry.

“We are not alone , across the globe, other Central Banks including Bank of England, Peoples Bank of China and Bank of Ghana are concluding plans to launch digital currencies within the year.

“The launch of such currency is significant as it is capable of potentially reducing transaction costs and preventing the Central bank from losing market share to crypto currencies which are still available via pair to pair trading platforms.

” It is also significant as it could potentially disrupt more traditional banking business models and possibly redefine the role of banks as intermediaries and as lenders,” Olugbemi said.

CIBN Advocacy Dialogue Series 4 is a platform conceived principally to address critical issues affecting the banking industry and the economy.