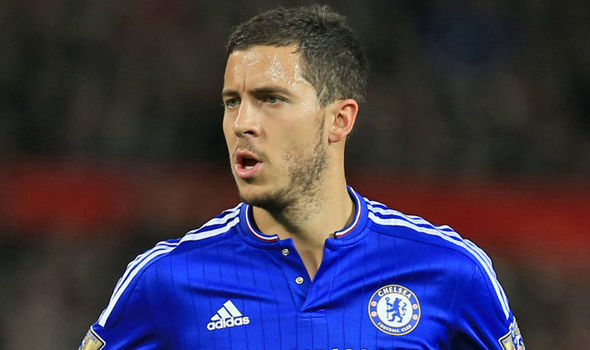 By Boluwatife Ezekiel Olaleye
Belgium and Chelsea star Eden Hazard has ruled out any chance for him to make a move to French Ligue 1 giants Paris-Saint-Germain.
The winger has been a long term target for the French club before they eventually signed Brazilian star Neymar and French wonder-kid Kylian Mbappe.
Fresh report suggests that Paris-Saint-Germain will tempt Chelsea in January 2018 with a multi million deal for them to lure the Belgian to France.
ALSO SEE:  How Oliver De Coque most kept secret took him to early grave
Hazard has now reacted that he would only make a return to France at the end of his career to possibly join Lille where he had spent 5 years.
“I am at Chelsea for the time being, and I don’t know where my career will take me in the future.
”But if I do go back to France, then it will be to play for Lille because that is where I belong and will love to play again,” Hazard explained.