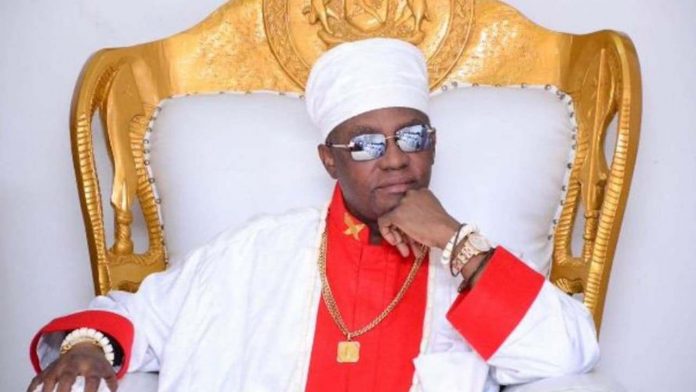 The Oba of Benin, Oba Ewuare 11, on Saturday shocked the All Progressives Congress (APC) when he hosted the party’s campaign delegates at the palace. The royal father had earlier hosted the delegates of the Peoples Democratic Party (PDP) to a colourful reception at the palace which was widely celebrated across the country. The PDP visit to the palace seemingly intimidated the APC leaders who, perhaps, were scared of uncertainty of similar courtesy on their visit.

To the surprise of the APC leaders in the party’s delegation to the Palace of the Oba of Benin on Saturday led by Governor Mai Mala Buni of Yobe State, Oba Ewuare II maintained his neutrality, assuring the APC delegation that the palace is non-partisan, adding the he is father of all.

According to the royal father: “The Palace remains non-partisan because of the laid down rules of our ancestors; we must be fathers to all.

“We see every candidate as our child, and we pray for everybody. It is wiser to leave the fate of the election to God.

“I have never been for or against any candidate but when the people have chosen via the election, we will pray for him to succeed in office.”

The royal father condemned recent events in the state, urging leaders and members of the various political parties to be peaceful in their campaign for the governorship election in the state.

“There is nothing as powerful as prayers.

“As you go about your campaign, go about it peacefully and without bitterness,” the Oba said.

Leader of the APC delegation, Governor Buni of Yobe State, Chairman, APC National Caretaker Committee, explained that the APC leaders were at the palace to present the party’s candidate for the governorship election in the state for the blessings of the royal father.