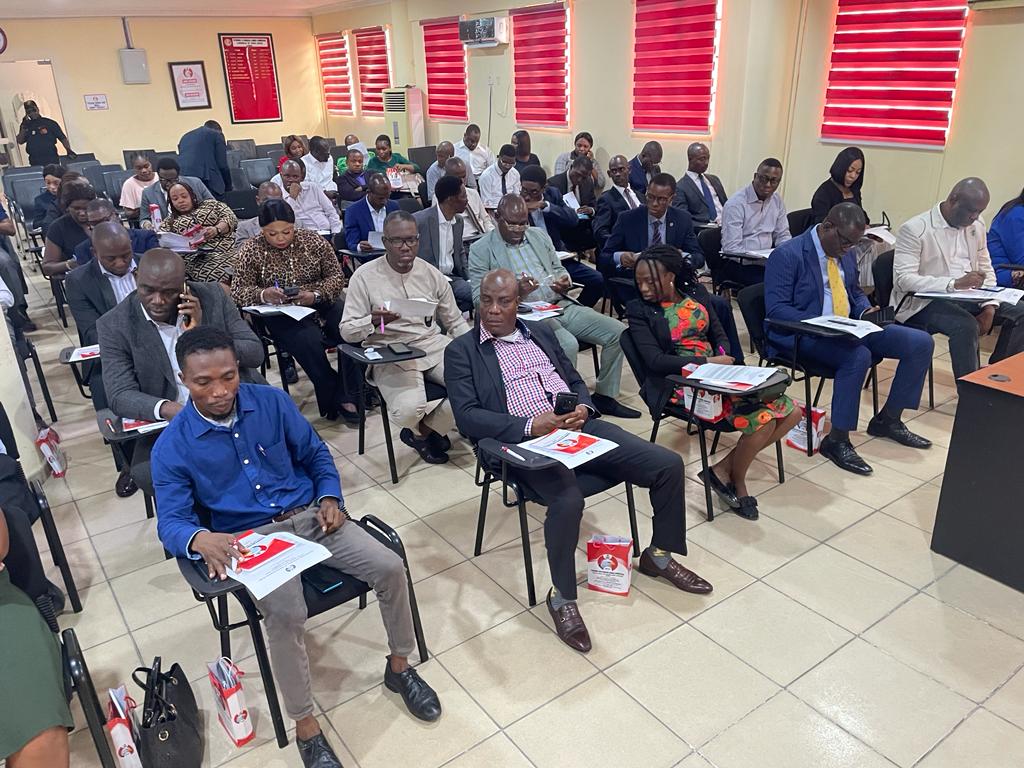 The Economic and Financial Crimes Commission, EFCC, has called on Designated Non-Financial Businesses and Professions, DNFBPs, to conduct their dealings in line with the provisions of the newly enacted Money Laundering Prohibition and Prevention Act 2022.

The Lagos Zonal Commander of the EFCC, Ahmed Ghali, gave the charge today, August 17, 2022, during a two-day sensitization programme organised by the Special Control Unit Against Money Laundering, SCUML, for DNFBPs on the implementation of the newly passed AML/CFT Legislation.

According to him “This sensitization is important because we do not want friction between the EFCC and DNFBPs, as we have seen in recent times.

“All that we are saying to you at this workshop is to comply with the requirements of the money laundering laws, so that you will be able to transact your businesses with ease and not experience any sanctions from the EFCC.”

Ghali also used the opportunity to urge them to cooperate with the EFCC and support the Commission in its sustained fight against terrorism financing and corruption in Nigeria.

“We want you, the non-financial business operators, to join us in sanitising the systems, eliminate any form of fraud and criminality and to make sure that you are not being used as tools for money laundering,” he added.

The Coordinator, SCUML, Lagos, Paschal Samu, in his opening remarks, said the programme aimed at sensitizing the various DNFBPs such as hoteliers, supermarket operators, luxury goods operators, casino operators and car dealers on their roles in complying with the anti-money laundering law.

He added that the EFCC would not hesitate to take actions against erring DNFBPs in line with the provisions of the law.

Also speaking at a similar forum in Ilorin, the Zonal Commander, Michael Nzekwe, called on automobile dealers in Ilorin, the Kwara State Capital to ensure compliance with extant laws and regulations requiring registration and certification of their businesses by the Special Control Unit against Money Laundering, SCUML. The Commander who was addressing members of the Kwara State Motor Dealers Association led by its President, Alhaji Ahmed Dare Abdul, “apart from enforcing compliance with SCUML regulations, the EFCC under the new Money Laundering Act, MLA, has legal responsibility in safeguarding the investment of stakeholders in the Non-Designated Financial Institutions, NDFIs, from the activities of fraudsters.”

Giving further insights on the activities of SCUML, the Zonal Commander said that, “Under the new MLA, SCUML is now to be fully under the EFCC”. He said part of its responsibilities was “to ensure compliance of DNFBPs including but not limited to car dealers, jewelry dealers, real estate managers, hoteliers and other stakeholders with the provisions of the law”.

Responding, the President, Kwara Motor dealers Association, Alhaji Ahmed Dare Abdul thanked the Zonal Commander for the warm reception accorded his members and the explicit explanations rendered on the activities of SCUML.

While pledging the unalloyed support of the association to the EFCC’s anti-graft fight, Alhaji Ahmed called on the anti-graft agency to set aside a date to sensitise his members across the 16 Local government Areas of the State so that they can also be better informed about SCUML and what was expected of them under the law.