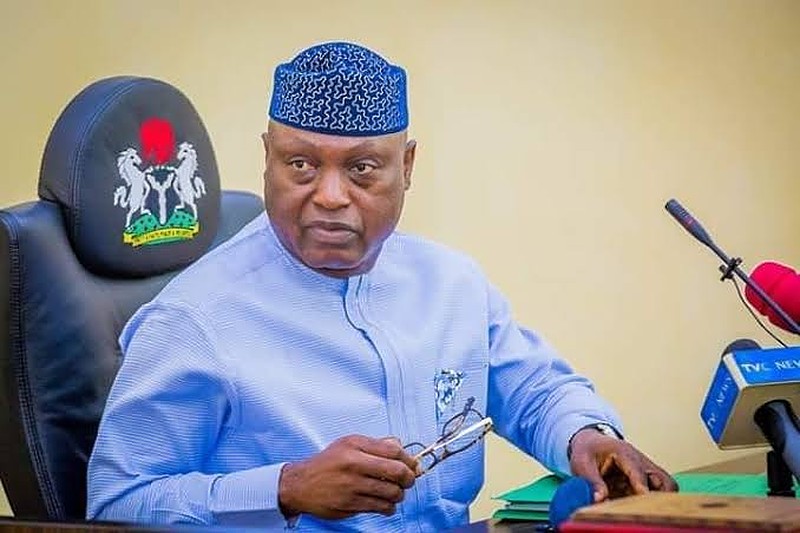 Ekiti pensioners appeal to Gov. Oyebanji to pay their gratuities
Share this on WhatsApp
Spread the love

Pensioners in Ikole-Ekiti have appealed to Gov. Biodun Oyebanji of Ekiti State to fulfil his gubernatorial campaign promise by paying their outstanding gratuities.

A cross section of the pensioners who spoke to the Newsmen in Ikole-Ekiti, said that they are patiently waiting for Oyebanji to commence payment of the backlog of gratuities in 2023.

They lamented that the cost of food and other essential commodities in Ekiti has become too expensive for them to afford with the monthly pension they are earning.

One of the pensioners, Mr Biodun Ogunniyi, a retired teacher, appealed to Oyebanji to fulfil his promises to the pensioners and pay their outstanding gratuities.

Ogunniyi, who described Oyebanji as “a good listener, humble and respectful”, said he has promised the pensioners that he would find a way of paying the outstanding gratuities.

“I want to appeal to our governor to fulfil his gubernatorial campaign promises to us, the pensioners are seriously suffering in Ekiti.

“Many of us are relying on him and patiently waiting for him to pay our gratuities when we are alive and healthy.

“I pray that God will help him to fulfil his promises to us during his administration,” he said.

Ogunniyi, however, urged him to be committed to his words and do the needful to rescue the pensioners from hunger and hardship.

Mr Omotayo Omoleye, a retired local government worker, said that since he retired on Feb. 8, 2014, he has always been praying for Ekiti governors that God should touch their heart to remember pensioners.

Omoleye urged Oyebanji not to relent in his efforts on find means of paying the outstanding gratuities.

He prayed for him that God will grant him wisdom on how to offset the huge debt and put an end to the sufferings of pensioners in the state.

Another pensioner, Mrs Abigail Agunbiade, a retired community health officer, said many of them are relying on the words of Oyebanji that his administration would offset the outstanding gratuities.

She explained that the cost of food items apart from transportation are too expensive for a pensioner to afford currently.

“We are all aware that Oyebanji inherited the outstanding gratuities from his predecessor, Dr Kayode Fayemi, but he has promised to pay us.

“The gratuity is our entitlement and paying it in due time is what we are praying for, because it would enable us to survive this difficult period in the state,” she said.

A pensioner, Mr Victor Owolabi, a retired security officer, appealed to Oyebanji to put aside distractions and pay the outstanding gratuities of the pensioners to mark part of the activities of his 100 days in office.

Owolabi who described Oyebanji as grassroot politician who has the interest of his people at heart, said that he believed that God will help him to fulfil his campaign promises to pensioners.

Ekiti pensioners were anxious to receive their gratuities because they believed that Oyebanji is a promise keeper and will not disappoint them.