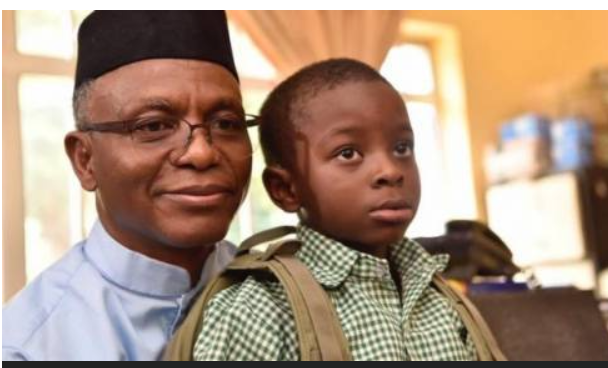 Following security reports on plots to abduct two children of Kaduna Gov Nasir El Rufai in the state public primary school they attend, the governor has withdrawn his kids.

El-Rufai said he withdrew his son, Abubakar-Sadiq and daughter Nasrine from Kaduna Capital School he enrolled them in 2019.

“We had to temporarily withdraw them for the security of the school because we received a security report that three groups were planning to attack the school and kidnap my son,” he told the BBC Pidgin Service.

“I don’t think they (kidnappers) would have succeeded because there is enough security in the school to prevent them, but it would expose other pupils of the school to danger.”

The governor noted again his position on paying ransoms, saying he would rather watch his son, if kidnapped, killed by kidnappers so he could make heaven—than pay a ransom.

“We had report that, three groups were planning to kidnap my son from Capital School to see whether I will pay ransom or not if my son is kidnapped,” said El-Rufai.

But as soon as the storm is over, he said “both Abubakar Sadiq and Nasrine will go back to the school.

“Their attendance will not put the school at risk.”