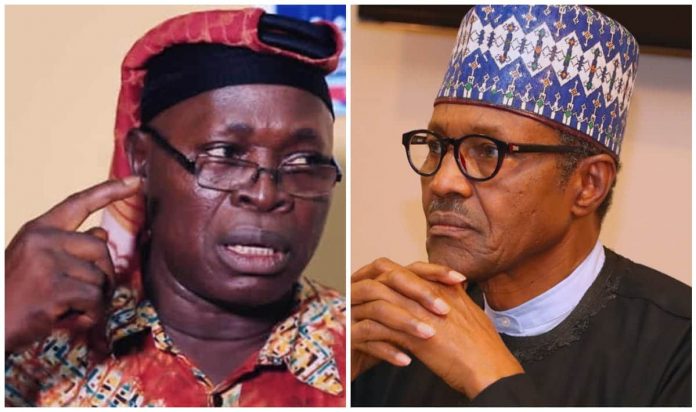 The Muslim Rights Concern (MURIC) has thrown its weight behind the Minister of information, Lai Muhammed over his stands on the leaked report of the Judicial Panel of Inquiry on Restitution for Victims of SARS Related Abuses and Other Matters in Lagos State.

In a statement issued on Thursday and signed by MURIC Director, Ishaq Akintola, the body criticised the leaked report, describing it as outright lies.

According to Akintola, a careful scrutiny of the report revealed that it “is full of loopholes, discrepancies, half-truths, irregularities and inconsistencies too many to mention.

“But that does not give a panel the excuse to come up with concocted figures from resurrected ghosts or the licence to endorse criminality. #EndSARS panel suffers from desertification of credibility.”

The MURIC further cited various instances of the discrepancies contained in the report.

“The wording of the report is replete with terminological inexactitude. Exempli gratia, the word ‘massacre’ was used to describe the so-called killing of a total of nine people whereas ‘massacre’ is used for the killing of tens, hundreds and thousands of people. This is symptomatic of a desperation to indict at all cost.

“Nigerians were made to suffer the trauma of mathematical juggling from DJ Switch’s 78 bodies to CNN’s 56, BBC’s 38 and the feminists’ paltry figure of 23 which the panel pruned down to nine (9) bodies. But analysts have even reduced the figure to three or four after establishing prima facie cases of improper evaluation of evidence. This report cannot stand the test of time.

“There are outright lies in the report. For instance, the Doctor at Reddingtons never mentioned that a dead body was deposited at the hospital, yet the panel claimed on page 287 that he did. A body was alleged to have been deposited in an hospital whose officials later said had no mortuary facility. A man who reported seeing the lifeless body of his brother himself was listed as one of the dead. Kolade Salami, who was killed in 2019, was listed among the victims of Lekki shootings.

“Half names were given without addresses while no relations have turned up to claim bodies. Yet the panel recommends payment of compensation to the non-existing families, ”the statement read.