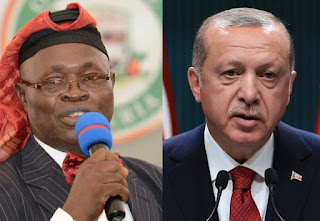 Following the revelation by Turkish Leader Recep Tayyip Erdogan that FETO, a terrorist organization that nearly ousted him in 2016, is gaining ground in Nigeria, the Muslim Rights Concern (MURIC) has come all out to defend the ‘terrorists”.

The members of FETO in Nigeria have beeen identified as Hizmet

In a statement signed by Ishaq Akintola, its national director, MURIC advised President Muhammadu Buhari to accept the pragmatic gains of Erdogan’s visit, and disregard the terrorism branding.

MURIC said that those groups Erdogan told Buhari during his visit to Aso Rock  have been in Nigeria for over 20 years building primary, secondary schools, universities, hospitals, engaging in humanitarian services, assisting poor Muslims to meet religious obligations like hajj and sacrificial animals.

“We are aware of the existence of Boko Haram and ISWAP terrorists in the country but we reject the attempt to label innocent Turkish citizens as terrorists just because there is a political difference between them and their president.

“He derailed by veering into the issue of opposition members from his country who reside in Nigeria. He should have ignored them.

“Erdogan’s humongous Muslim hero image [will not] becloud or diminish MURIC’s commitment to protecting Allah-given fundamental human rights of Muslims in Nigeria, be it individual or group. This is where the issue of protecting the rights of members of HIzmet in Nigeria comes in.

“What we know of them is that they build primary and secondary schools, universities and hospitals. They also engage in humanitarian services, assisting poor Muslims to meet religious obligations like hajj and sacrificial animals.

Akinola said a coup which allegedly occurred in Turkey five years ago while these people were still in Nigeria should not be hanged on their necks.

“We can understand the sentiment felt by any Muslim who regards Erdogan as a hero.

“Nonetheless, FG deserves accolades for securing eight bilateral agreements with Turkey. Some of the agreements include security, energy, mining and hydrocarbons,” he said. 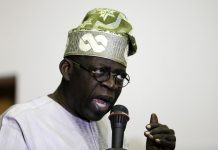