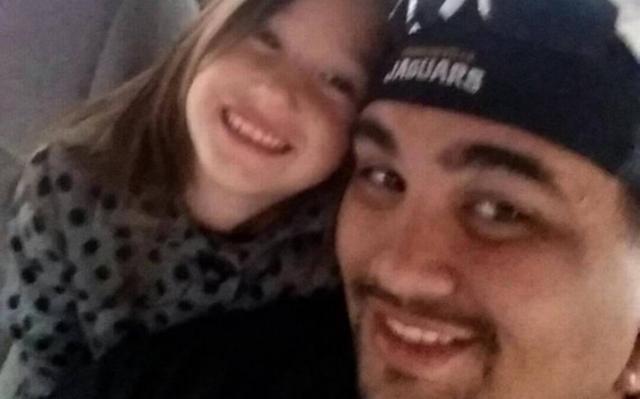 ‘His daughter was his world’
Twenty-eight-year-old William Moritz was on a beach with his 6-year-old daughter Saturday afternoon in Florida preparing for his father’s funeral when family members said the girl was swept away by a tumultuous tide.
Moritz jumped into the strong surf to save her, his family said, and lost his life trying to spare hers.
“As a result of saving [the girl’s] life he ultimately lost his,” Nicole Doherty, a family friend, wrote over the weekend on a GoFundMe page for the family.
Relatives said they were planning to hold a memorial service for Moritz’s father on the beach later that day but, after Moritz drowned, it was cancelled.
“Bill was the most kindhearted, selfless person I knew,” the girl’s mother, identified by family members as Magan Sanny, said in a statement to WJAX-TV. “There was never a time he didn’t put others before himself. Anyone could depend on Bill for anything in the world. He was the kind of person people were so grateful to have in their life and I was so lucky to have him in mine.
“His daughter was his world and he always spoke of her with a sparkle in his eyes. He took pride in being a father every day.”
Police said that just before noon Saturday, Moritz’s daughter was swept into the ocean at Jacksonville Beach in Florida.
Moritz, from Farmington Hills, Mich., dove into the water to rescue her but got caught in the rip current, his family said.
“It was really strong,” his sister, 27-year-old Geneva Moritz, told The Washington Post on Monday afternoon. “He was trying to swim back to shore, but the waves just kept pulling him in, pulling him in.”
Geneva Moritz said another relative had to grab the young girl as she got closer to shore, so he could not get to Moritz.
Moritz and his daughter were rushed to a hospital, where Moritz was pronounced dead. His daughter has been released.
“My niece is heartbroken,” Geneva Moritz said about the girl. “Everybody is just really heartbroken right now.”
After the incident, authorities urged beachgoers to stay out of the rough waters.
Bill Horn, captain of Volunteer Lifesaving Corps of Jacksonville Beach, told WJAX-TV over the weekend that strong winds were pushing waves up to five feet high, putting swimmers at risk of being pulled into a rip current.
“You’re in the thigh-deep water and then you’re suddenly waist deep, chest deep,” he said. “It happens within 5 to 10 seconds sometimes.”
Horn told the news station that swimmers who get swept away should swim parallel to the shore, then head back by swimming at an angle.
A family friend has created a GoFundMe page, which said Moritz lost his life “doing what any great father would do.” By Monday morning, more than $3,300 had been raised to help the family pay to have Moritz’s body moved back to Michigan and to cover funeral costs.
The girl’s mother called Moritz “an amazing man who I now look to as my hero for courageously saving our beautiful daughter’s life.”
Moritz’s mother, Evelyn Rances, said the family is at a loss without him.
“He was a good friend, a good father, a good son,” she told The Post. “I don’t know what to do now without him. I want to be with him.
•Source: Washington Post