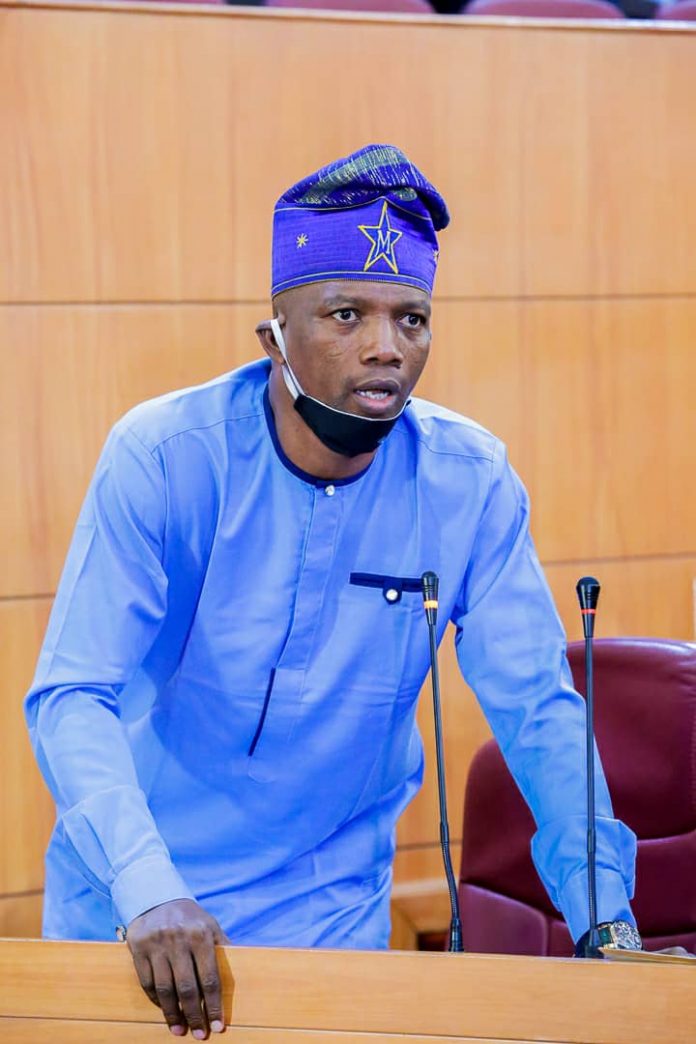 Share this on WhatsApp
Spread the love
In commemoration of the first anniversary of the 9th Assembly in Lagos State House of Assembly,the member representing Ifako-Ijaiye constituency II,Hon Rasheed Makinde has urged government at state and federal level to leverage on existing development,enabling opportunities that abounds in his constituency to better the lots of constituents.
Makinde made this assertion in a live chat skit,done at his constituency office on Sunday.
The lawmaker while appreciating,various developments the All Progressives Congress (APC) led government had brought to Ijaiye Ojokoro Local Council Development Area and Ifako Ijaiye constituency II generally,also cited the need for the Federal Government to urgently expedite action in making the Lagos-Abeokuta axis motorable again.
As vehicular movements are now being diverted to the newly commissioned 31 roads, commissioned by the state government, noting that this development had already started taking its adverse toll on the said roads due to the passage of heavy duty trucks, which ordinarily ought to pass through Lagos-Abeokuta expressway.
According to Makinde the said axis is prone to perennial flooding,leading to loss of lives and properties government need to act fast.
“I urge the federal government to intervene quickly and address the deplorable state of the Lagos Abeokuta expressway which already being abandoned by motorist due to its deplorable state. Many motorist now make use of the newly commissioned 31 roads around that axis with the attendant negative effects .
“I  also want our state government and ministry of health to expedite action on the already purchased land by government,meant for the construction of general hospital in our area, especially the one at Osagie area at Oko Oba.
“The harrowing experience our young ones face trekking long distances to schools because of the lack of enough schools in our area is getting to me,I feel so much for them and I want government at the state level to harness the landed property already purchased by the Ijaiye Ojokoro local government and the CDC at Akinyele for the construction of Akinyele senior grammar school.
“I am also calling on our government to help us with construction of well channelled drainage systems around Ajegunle area which is characterised by perennial flooding,channeling it through to the Ilo river to forestall the incessant loss of lives and properties recorded there.
“This is already taking its toll on the 31 newly commissioned adjoining road networks in the axis and something drastic need be done to avoid wastage of resources.” Said Makinde.
The lawmaker however, appreciated all those constituents supporting him all across the constituency and stakeholders in the APC whose contributions he lauded as being legendary.
He also prayed longevity for Asiwaju Ahmed Tinubu, his household and by extension the entire party structure as they further deliver the dividends of democracy to the people.
Share this on WhatsApp