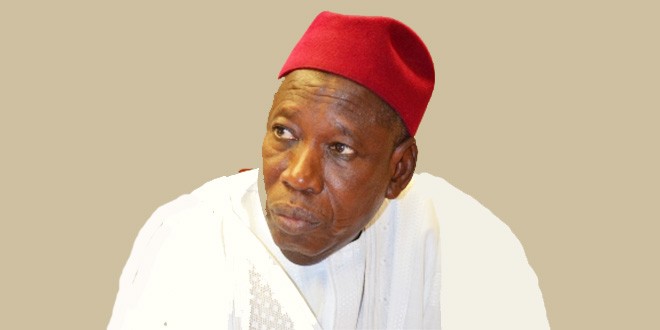 ALHAJI Usman Bala, Principal Private Secretary to Governor Abdullahi Umar Ganduje of Kano State has been honoured with the 2015 Most Outstanding Man of the year award by the National Association of Kano Students, Bayero University branch.

The President of the Students Association, Abdullahi Yusif Warawa, reading his secretarial speech before presenting the award, described Usman Bala as pragmatic and inspiring leader, who has unrelentedly supported youths in the state in all endeavors. He has been the man behind the success of this administration, a down to earth administrator who has never allowed any stinking deal in the course of discharging his duties.

He said, the Principal Private Secretary is an icon whose clean record and voice for societal transformation make him lead by example and has bridged the gap between the rich and the poor. He noted that his current position is as a result of hard work and dedication.

The Students Union President stressed that his choice has nothing to do with favoritism but as a result of unflinching support to all government policies and programmes that are related to youth’s transformation, education and service to humanity. He emphsised that Usman Bala is a great philanthropic and a man of integrity and referred him to a golden fish who has no place to hide for uplifting and uniting all the youths in the state and beyond.

He concluded that, Usman Bala is a voice of voiceless and an icon of hope for the down trodden.

The Principal Private Secretary remarked that he never expected his nomination for such award as he is purely an administrator and not educationist. “But with the word of encouragement that says one cannot see himself but another man will rather see him and appreciates his contributions, I was convinced that I have to increase tally in whatever I am doing,” he said.

He appreciated the decision of the students and described the award as the most beautiful award he had received in recent times. He said he felt honoured and it has inspired him to give support to the development of education as well as support all government policies for the total transformation of the state.

Usman Bala stated that the youths are the leaders of tomorrow and has vital role to play, hence, his decision to encourage them at all levels. He said he believes that every building raised on a good foundation will surely sustain the trend and that before the advent of this administration; schools are in decay with dilapidated structures, lack of teachers and many more.

The situation prompted government to embark on educational transformation and in the process formed educational Promotion Committee with all the stakeholders as its members just to intimate them on the situation of things in the state education sector, he said.

They are to generate and stimulate community awareness for participations which was not there; “this is to inform you that this administration means all hands must be on deck to revamp the state education,” he stated.

He thanked the organisers for considering him worth of that award and promised to continue on the path they that led to such a high platform of observation.

The Murder of the Fulani: Yugoslavia Unfolding