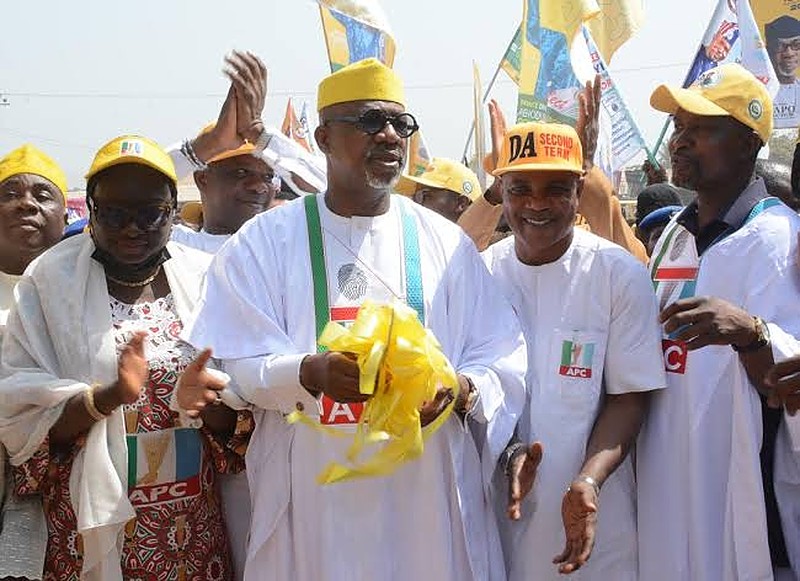 Gov. Dapo Abiodun of Ogun on Tuesday continued his re-election campaign tour with a promise to complete the ongoing rehabilitation of the Ogun axis of the Lagos-Abeokuta expressway within the next 18 months.

Abiodun gave the assurance while inaugurating the Itori township road in Ewekoro Local Government Area of the state.

The governor explained that his administration in the next few months would be able to reach an agreement with the Federal Government on the reconstruction of the Lagos-Abeokuta Expressway.

“By the grace of God, between now and the next 18 months, this road will wear a new look. You know that I have done everything humanly possible.

“The question to ask is why is it that this is the only road we have not been able to do anything. The answer is simple; the Federal Government insisted that the road is under contract and we should not touch it.

“We’ve done everything; we’ve negotiated with them; we’ve put money on the table, saying we want to partner with them.

“Our people are suffering on this road. We cannot sit down and it appears like we are not doing anything.

“I am sure that in the next few months, we will reach an agreement with the Federal Government that will bring respite to our people,” he said.

Abiodun said that his administration would also be embarking on the construction of affordable housing units in the local government.

“We are coming to build here in this local government affordable housing units.

He urged residents of the town to go all out and collect their Permanent Voter’s Card which were now available at various wards across the state.

Abiodun said that governance should not be about sentiments, saying that voting the right people into office was extremely important for a better Ogun State and the country as a whole.

Share this on WhatsApp
Related Topics:Gov. AbioduninauguratesItori township road
Up Next