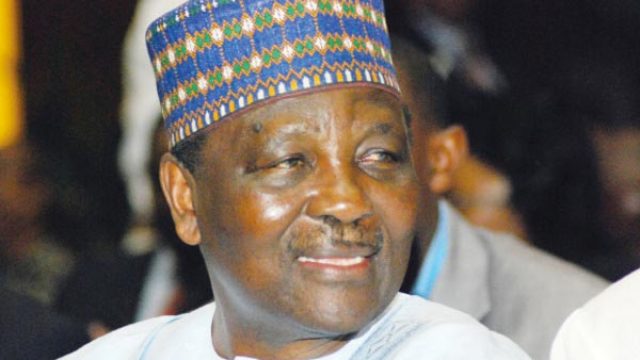 Share this on WhatsApp
Spread the love
Former Military Head of State, rtd Gen. Yakubu Gowon on Monday led conveners of Nigeria Prays mission to seek divine intervention against security threat and social-economic instability in the country.
The Convener of the National prayer rally, prayed for Nigeria and its people for God’s preservation against lurking anxieties of insurgency, banditry, separatist idea, famine and for the nation’s development.
The prayed began with prayer points, thanking God for Nigeria since it amalgamation in 1914, thanking God for all ethnic nationalities, for His forgiveness of sins.
The National Daily reports that, the session was the South-West Zone National bimonthly chain prayer, with the theme “The Heavens Do Rule” to seek spiritual intervention on the nation.
In his supplication at the event, Gowon who spoke through a virtual telecast thanked God for His blessings on the land of Nigeria and its people, saying the preservation of Nigeria and its people was a priority to God that people should do their part by prayers to further provoke favourable spiritual intervention on the country.
The former head of state, said that, for the country to still remain one after the many international predictions of disintegration during the 2015 and 2019 General Elections and other anxieties that has befallen the nation; was a prove that God is interested in this country.
“The international prophecies that Nigeria is one of the five chosen countries God wants to use to trigger off end-time restoration of the world is being played out here.
“Another of such prove is the low casualty figure the country has being recording in the surging Coronavirus in relation to other countries of the world,” he said.
Gowon, who expressed dismay over the subsisting discordant tones from sub-units of the federation; tasked people to rather pray for God’s plan for the nation to quickly be accomplished.
Gowon, who raised to the altar of national prayer with all the five states in the southwest zone and the leaders as point of contact to other states of the nation, said that before the end of 2021 there will be national restoration, the people of Nigeria would witness a pragmatic turn around of the economy and an end to foreign borrowing by government.
In his application for Nigeria at the event, the National Director, Nigeria Prays, Rev. Moses Aransiola, said that, prayer was needed to unlock the nation from its shackles that has held it captive for long.
According to him all the factors whether spiritual or physical that are hindering the nation from taking its rightful position in the comity of nations have to surrender when take part in corporate prayer.
“Those forces of misrule, corruption, nepotism, religious intolerant and political disharmony that has made the country to remain at latent level through our prayer must give way for a formidable Nigeria,” he said.
The prayer group director, who described the migration of the nations prime youths to other countries for green pasture as horrifying; offered violent prayer to halt the trend and its cause.
He added that Nigeria prays was a spiritual investment by the group on behalf of Nigeria and Nigerians for a good society.
In his appraisal for the programme, Apostle Chunks Alozie, Abia Coordinator and South East Zonal Coordinator for Nigeria Prays, said that the session was biblical.
Alozie noted that since its inception 25 years ago, there has been testimonies of the the prayer.
He added that the intercession of the group and those of others were what has being keeping the nation united in spite of myriad of crisis.
The event was hosted by the Redeemed Christian Church of God, Good Shepherd Parish, Yaba, Lagos.
Share this on WhatsApp