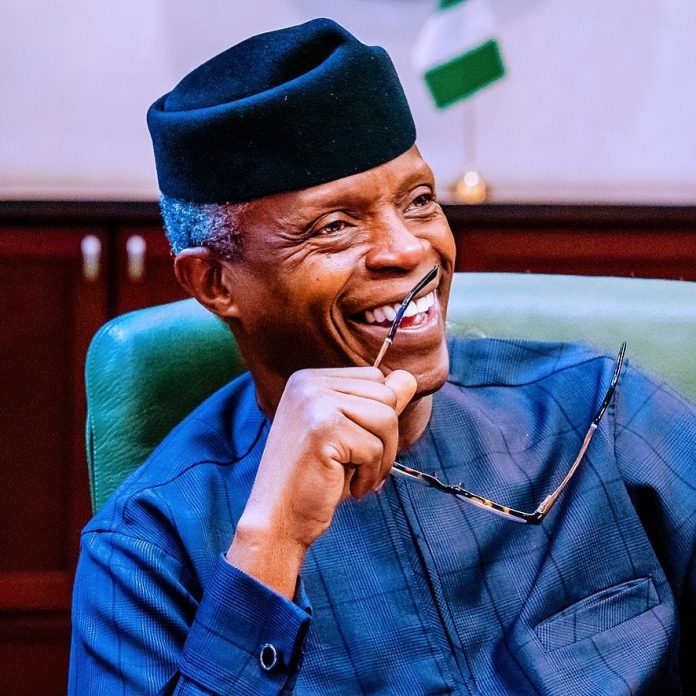 The National Coordinator of Osinbajo For All Volunteer Group, Peter Ogundeji has revealed why Nigerians should vote for Vice President Yemi Osinbajo to succeed President Muhammadu Buhari in 2023.

speaking on Saturday, Ogundeji said irrespective of whether Prof. Yemi Osinbajo has shown interest to run for the 2023 Presidency or not, ‘Osinbanjo For All Volunteer Group’ remains firmly committed to its belief that Osinbajo has all it takes to take our country to its place in destiny come 2023 and beyond.

He stressed that Nigeria needs a God-fearing leader with experience at this time to steer its ship away from disaster.

“Let it be on record once again that Prof. Yemi Osinbajo didn’t mandate us to do this. He didn’t authorise us to mobilise for him; we are young and old men and women who strongly believe in his capacity.

“It is in him we think we can entrust our future. So, notwithstanding his stand for now, with respect to 2023, we shall continue to promote him. We shall continue to let the world know those qualities we have seen in him that have attracted many of us to him.”

Meanwhile, the 2023 campaign posters of Vice President Yemi Osinbajo appeared at strategic locations in Ibadan, Oyo State, at the weekend.

The posters with the portrait of the Vice President and a bold inscription “Osinbajo for All in 2023,” were first seen at Dugbe, Mokola University of Ibadan/Bodija Junction, and Iwo Road on Friday.

But by Saturday morning, the posters had spread to the aforementioned locations and other major areas in the Oyo State capital.

The National Coordinator of Osinbajo For All Volunteer Group, Peter Ogundeji, confirmed to journalists that the group was behind the posters.