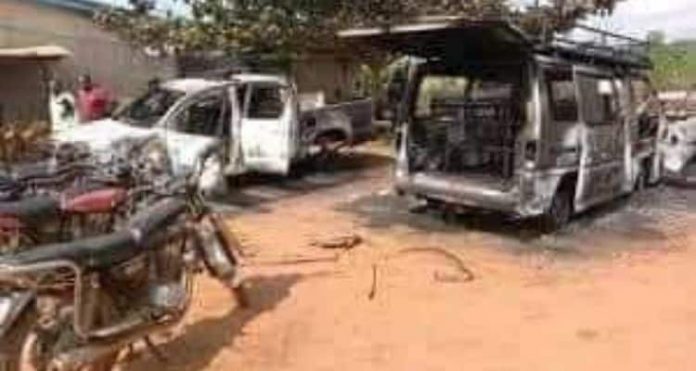 The Police Public Relations Officer (PPRO) of the Ebonyi State Police Command, Loveth Odah, had on Monday, acknowledged the attack at the police formation, admitting that the late police officer sustained gunshot wounds and died on the way to the hospital for medical treatment.

She, however, refuted that the gunmen released inmates.

Loveth Odah was said to have disclosed that the Commissioner of Police, CP Aliyu Garba, was at the scene of the invasion, while appealing to people in the vicinity to support the police by providing information that would lead to the arrest of the perpetrators of  the attack.

The government had been accusing the Indigenous People of Biafra (IPOB) and the Eastern Security Network (ESN) of being responsible for attacks on security facilities and killing of security personnel in the various states of southeast Nigeria. The groups have denied the accusations.