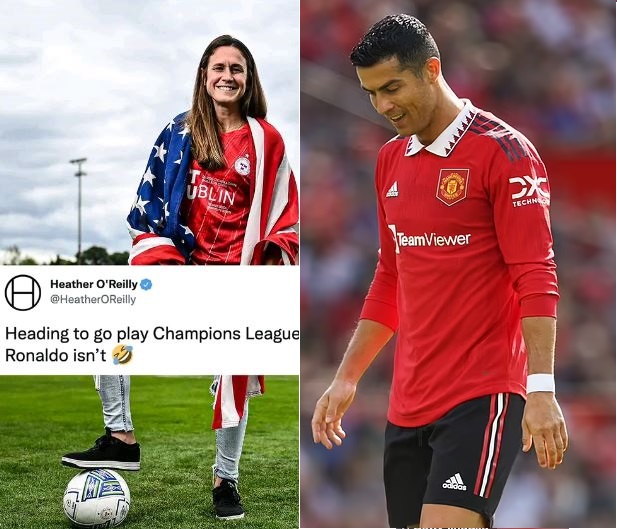 Heather Stated that she’s heading to go play the UEFA Champions League at 37 But Cristiano Ronaldo isn’t. She Shared the Post Online a While ago and it Stirred massive reactions from Football Fans across the globe. lot of Person’s has been throwing Jibe at the Portuguese National Captain as it doesn’t seems right for a Player of his Caliber to be Playing In the Europa League instead of the UCL.