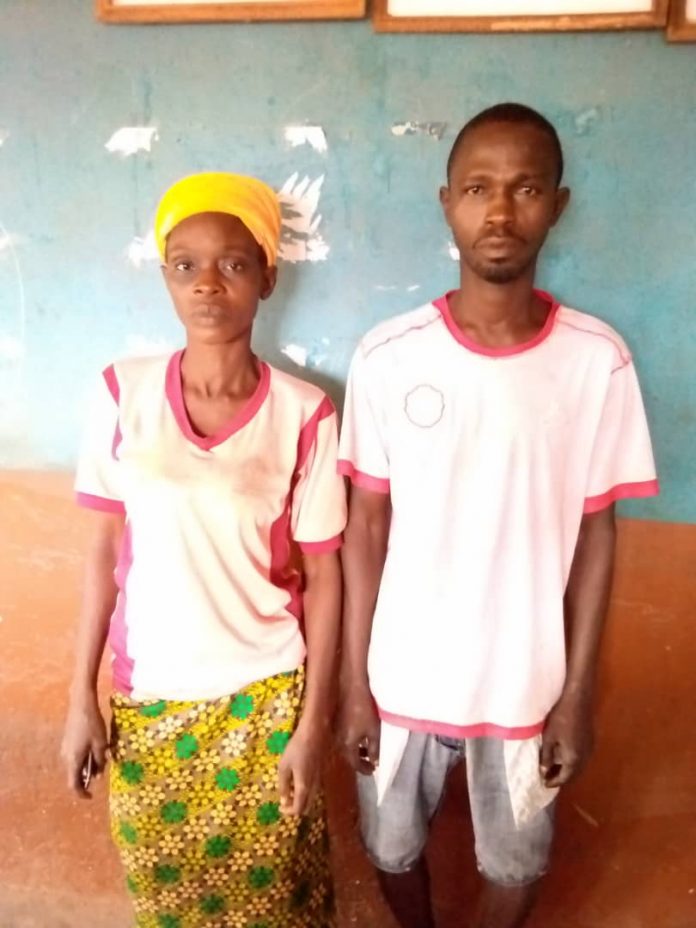 According to the spokesman of the command, DSP Abimbola Oyeyemi, the couple invaded the school with thugs to attack a teacher, Abel Thomas, whom they alleged beat their son, Joshua, an SS3 student of the school.

“The suspects were arrested following a distress call received by the policemen at Ado Odo divisional headquarters from the school that parents of one of their students are in the school with thugs and have beaten and injured one of the teachers.

He said upon the distress call, the Divisional Police Officer of Ado Odo, SP Arowojeun Michael, quickly led his men to the school where the couple were arrested while their other accomplices escaped.

“Preliminary investigation revealed that the teacher Abel Thomas, moderately corrected a SS3 student of the school by name Joshua Joseph who then went home to inform his parents that he was beaten by the teacher.

Having heard from their son, the parents, who felt that the teacher had no right to beat their son for any reason, mobilized some thugs and stormed the school.

On getting to the school, they descended heavily on the teacher, beat and injured him. They also damaged the back screen of a Toyota Corolla with registration number LSD 395 FV belonging to another teacher of the school Jolayemi Sunday.

The injured teacher had been taken to hospital for medical treatment.

Meanwhile, the Commissioner of Police, Lanre Bankole has ordered that the escaped thugs who accompanied the couple to attack the school should be hunted and brought to justice.

He also directed that the arrested couple should be charged to court without delay.