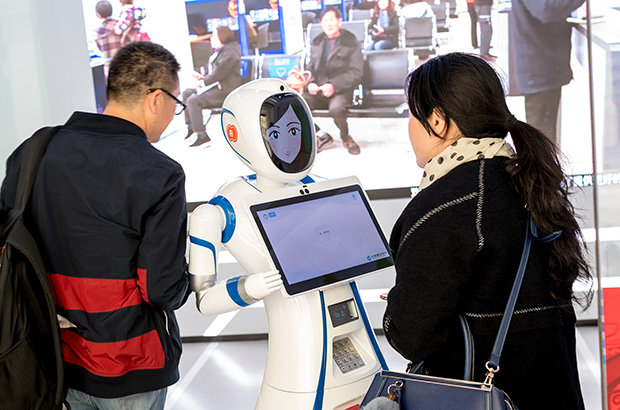 Artificial Intelligence workers in a state-owned bank in China are now running entire banking operations with no help from humans.

And visitors can even explore the bank’s rental offerings using virtual reality headsets.

A robot at the “unmanned bank” greets customers at the entrance using voice recognition software.

Clients can scan their faces using the bank’s recognition device.

This revolutionary new banking set up in Shanghai has been launched by the state-owned China Construction Bank.

Tian Ting, a finance worker, said after visiting: “These days, people are less and less likely to be inclined to want other people to come and bother them.

“We hope to come to a bank where we can interact with machines.”

You Tianyu, vice president of research at iYiou, a technology think tank, said: “This is kind of an experiment, a shot in the dark, trying to prove that traditional banks, too, can innovate.

Trade war with US could dampens China’s economic growth – Experts