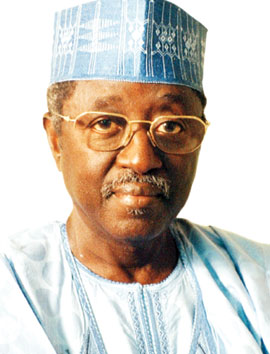 FORMER Governor of Plateau State, now, Senator, representing Plateau Northern Senatorial District, Jonah David Jang, has debunked the rumour, especially, since the death of Gyang Pwajok, that the late Pwajok donated his kidney to him, a situation which many think was the primary cause of the Pwajok’s death.
Jang, who spoke exclusively to our Plateau Correspondent, said he is holding back not to curse the people that wish him sick. He said he has never in his life suffered from a kidney problem and, therefore, did not under-go any kidney transplant.
“Pwajok did not donate his kidney to me or to anyone. If you want, I can open my body for you to see if you will notice any cut in my body. No razor blade has ever touched my body. You can also open Pwajok’s dead body to see if you will see any cut in his body. I have never undergone any operation and Pwajok did not die from any kidney problem. I don’t want to lay curse on those wishing me sick and I only pray that God forgives,” Jang said.
The former governor reiterated that he is very well and hearty, saying, that no man can wish his fellow man death.
When asked if he has any regret presenting Gyang Pwajok as PDP candidate in the April 11, 2015 governorship election, Jang said he has no regret for supporting the late Pwajok.
According to him, “let me correct one impression, I did not single-handedly present the late Pwajok as the PDP flag bearer at the election, the PDP Plateau State and the Redemption team supported him and so do I. People alleged that I gave money to the Party delegates but God is my witness that I did not give a single dime to any delegate for late Pwajok to emerge the PDP flag bearer.”
He continued, “Plateau State has over 800 candidates and the biggest zone in the Northern zone has only 198 delegates and Pwajok worn with 435 and votes so it means if it was only the northern zone where he came from that voted him alone, he wouldn’t have worn. Besides it was not only him who contested from the northern zone, they were three of them. So for him to get those votes, it means people elected him in the PDP to represent them”.